MANILA, Jan. 30 (Xinhua) - At least two people were killed and four others injured in a grenade explosion inside a mosque in southern Philippine city of Zamboanga early on Wednesday, the military said. 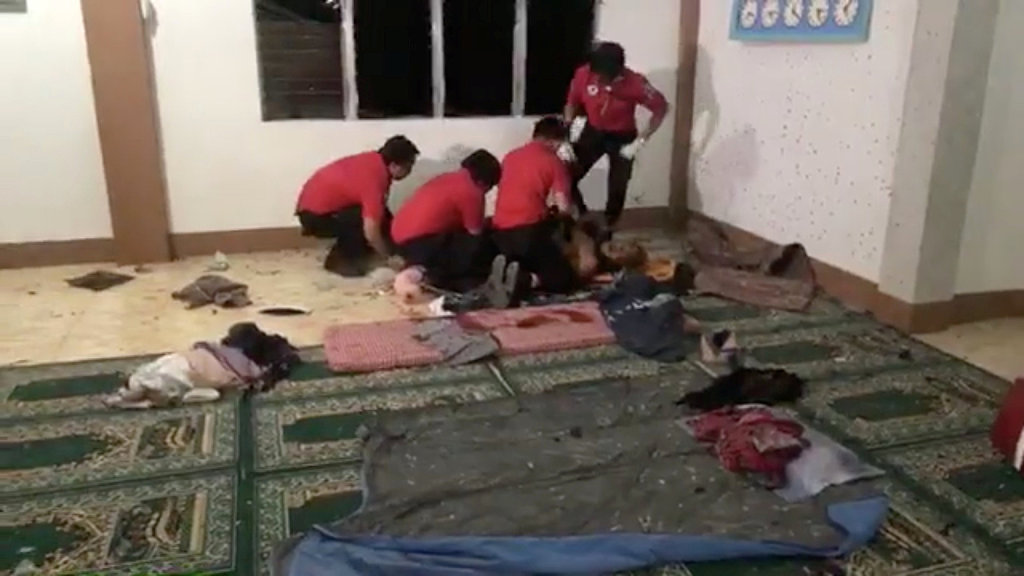 Rescue personnel work to resuscitate a victim after a grenade attack on a mosque in Zamboanga, Philippines, January 30, 2019, in this still image taken from a video from social media. (Photo: VCG)

Western Mindanao Command of the Philippine military said a grenade was thrown by an unidentified perpetrator inside a mosque in Zamboanga.

Police said the victims, most of whom were Muslim preachers from the island province of Basilan and nearby provinces, were sleeping during the attack.

No one has so far claimed responsibility for the attack.

Col. Leonel Nicolas of the military's Joint Task Force Zamboanga Commander said the mosque blast is not a retaliatory act to the twin bombings in southern Philippines several days ago.

"The incident is under investigation. We are assisting the wounded at the Zamboanga City Medical Center," he added.

Nicolas said soldiers and policemen were immediately sent to the mosque after the explosion.

The mosque attack took place three days after Sunday's twin blasts hit a cathedral on Jolo island in Sulu province in southern Philippines that killed at least 21 people and wounded 111 others.

The Philippines is on high alert while authorities are investigating the Jolo attack.

Lt. Gen. Arnel Dela Vega called on the public not to speculate by linking the mosque blast to the Jolo blasts.