A shooting erupted in the eastern German city of Halle on Wednesday, leaving two people dead as the suspected assailants fled, police said. The attack took place near both a synagogue and a kebab shop, local media and a witness said. 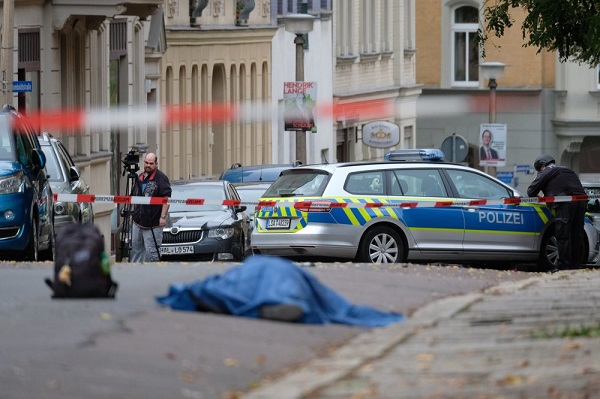 Several shots were fired and the suspects then fled in a car, police said in a tweet. A short time later, police reported that one person had been arrested. They gave no information about that person.

Police said officers were out in force across the city hunting down the suspects and urged residents to stay at home or indoors. The railway station in Halle, a city of 240,000, was closed down as a precaution amid the police operation

Pictures from the scene showed a body lying in the street behind a police cordon.

Police gave no details about the target of the attack and there were varying reports about what it could be.

The Bild and Mitteldeutsche Zeitung newspapers reported that the shooting took place near a synagogue — Wednesday is the Jewish holy day of Yom Kippur.

Yet a person interviewed on n-tv television said he had been in a kebab shop when he saw a man with a helmet and a military jacket who he said fired shots into the shop.

Police said shots were also fired in Landsberg, 15 kilometers (about 10 miles) from Halle. It wasn't clear whether that shooting was related to the shooting in Halle.