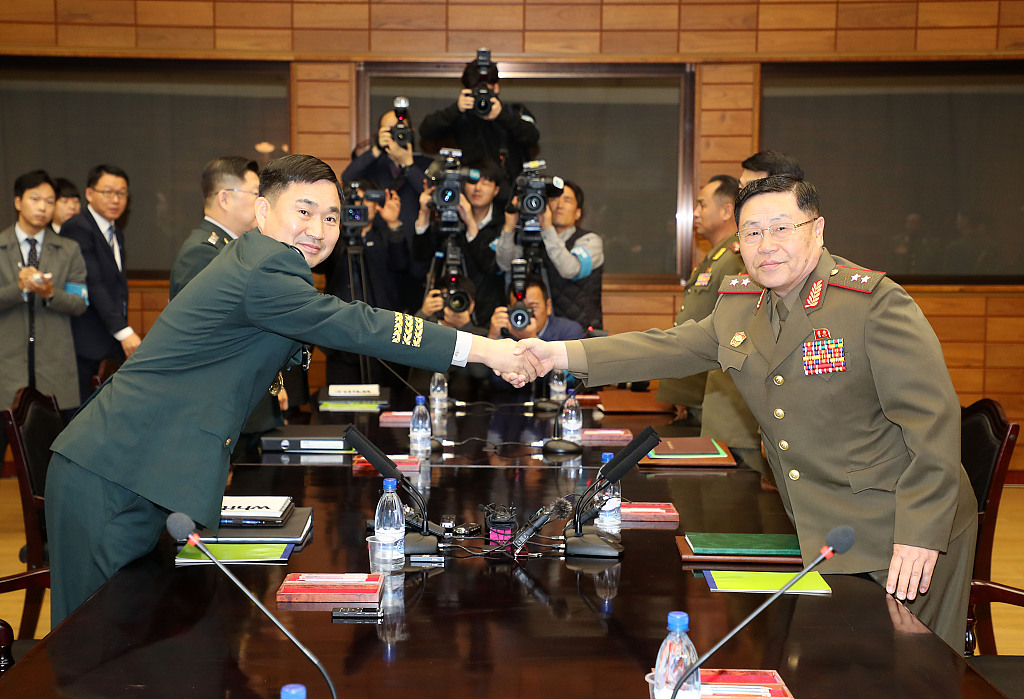 South Korean Major Gen. Kim Do-gyun before the meeting at Panmunjom said the discussions will include establishing a joint military committee that’s meant to maintain communication and avoid crises and accidental clashes. The planned committee is one of many inter-Korean commitments spelled out in the military agreement that was reached on the sidelines of a summit between North Korean leader Kim Jong Un and South Korean President Moon Jae-in last month in Pyongyang.

The talks came a day after the Koreas and the US-led U.N. Command completed removing firearms and troops from a jointly controlled area at the border village. The Koreas have also been clearing mines from front-line areas and plan to conduct their first-ever joint search for remains of soldiers killed during the 1950-53 Korean War.

South Korea on Thursday had confirmed its soldiers had found war remains in a different front-line area.

The Koreas have also agreed to create buffer zones along their land and sea boundaries, as well as a no-fly zone above the border, and remove 11 front-line guard posts by December.