WORLD 2 men get prison for slain sheep ‘performance’ at Auschwitz

2 men get prison for slain sheep ‘performance’ at Auschwitz 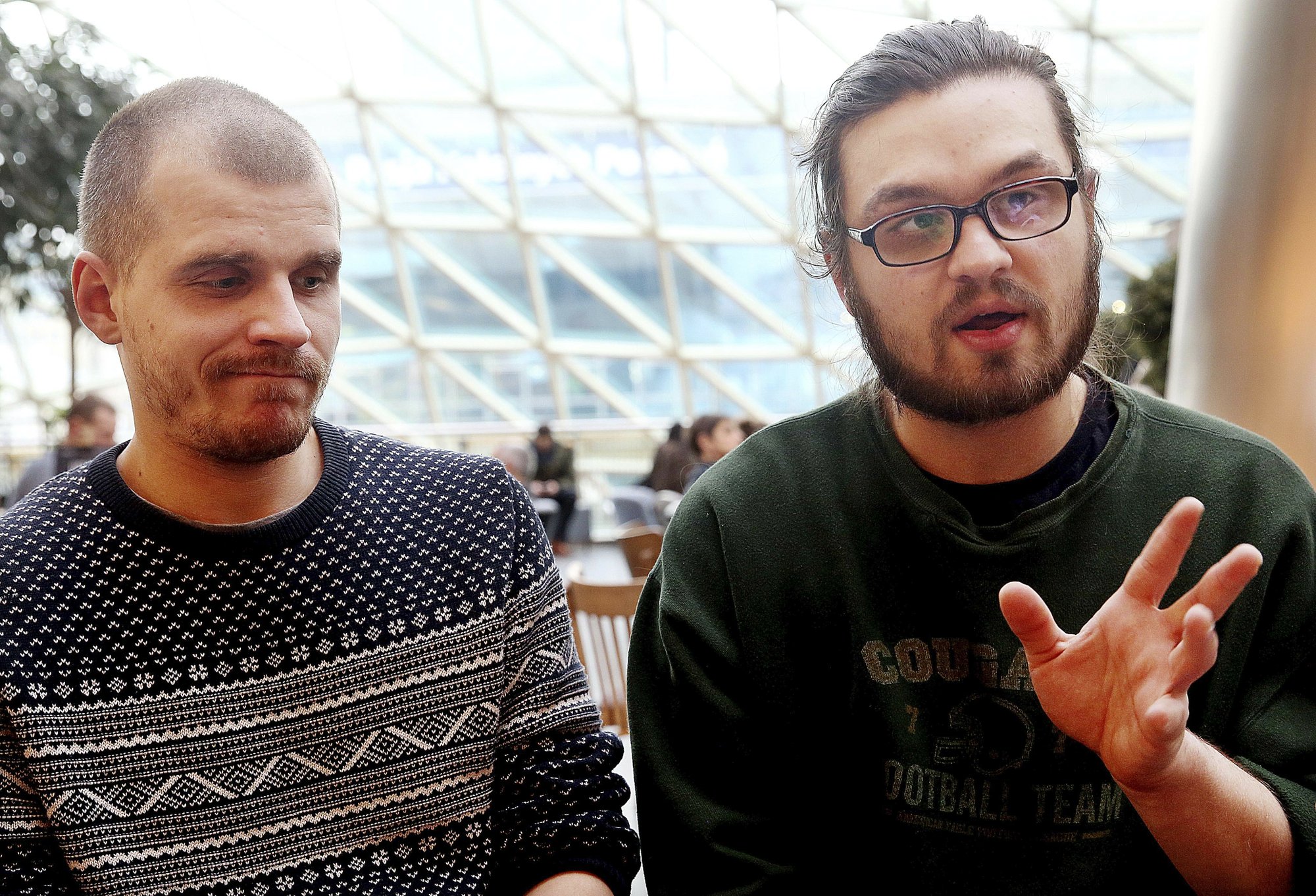 On a cold day in March 2017, a group of young adults stripped naked at the former Auschwitz death camp and chained themselves together to the “Arbeit Macht Frei” gate as one man plunged a knife into a sheep’s body over and over again.

The two organizers of the stunt, including the man who killed the sheep, described their act as an “artistic performance” to protest the wars in Ukraine and Syria. But Polish judges have taken a different view, seeing animal cruelty and the desecration of a memorial site where Nazi German forces killed some 1.1 million people.

The District Court in Krakow confirmed on Tuesday that the man who killed the sheep, Adam Bialiatski, was sentenced a week ago to a year in prison, while a second man, Mikita Valadzko, was given eight months. Nine other participants were ordered to pay fines. The May 21 ruling came after the two appealed earlier convictions, and is final.

Bialiatski is the son of human rights activist, Ales Bialiatski, who has been jailed for promoting democracy in autocratic Belarus. He has refused to comment on his son’s case, while the son has avoided questions about how his father felt about his provocative brand of activism.

“Our Ukrainian brothers and sisters are still dying,” Bialiatski told The Associated Press in an interview last year. “We thought if we do this performance art in a place like Auschwitz, we will attract attention to the war.”

During their performance, they unfurled a banner that said “Love” at the gate with the notorious Nazi inscription “Arbeit Macht Frei” (Work Sets You Free.) A group of men and women — six Poles, four Belarusians and one German — were chained together in the freezing cold and chanted a prayer: “I love all people, I love our planet, I have no enemies!”

When the men were convicted in 2018, Judge Bozena Holecka said an autopsy of the sheep revealed it was stabbed 15 times and that no creature, human or animal, should ever lose its life in such a place.

“How can you protest violence by using violence?” she asked the defendants.

Nazi German forces killed an estimated 1.1 million people, the majority of them Jews, at the Auschwitz-Birkenau complex during their occupation of Poland during World War II.

Auschwitz and other former Nazi death camps today have an iconic status that artists have used to make philosophical points — or simply to shock.

A Spanish performance artist, Santiago Sierra, in 2006 turned a synagogue into a gas chamber in Germany, saying he wanted to give people a sense of the Holocaust, but angering Jewish representatives.

A Polish artist, Zbigniew Libera, used LEGO pieces in 1996 to build a toy concentration camp, also sparking outrage, although today his works are show in museums across the world. Another Polish artist, Artur Zmijewski, created a video installation in 1999 showing naked men and women playing a game of tag in one of the gas chambers of the former Stuffhof death camp.

Piotr Cywinski, director of the Auschwitz-Birkenau state museum, said following the slain sheep protest that the site “is not a theatre stage or a concert hall. It’s not a space where you can do anything you want.”