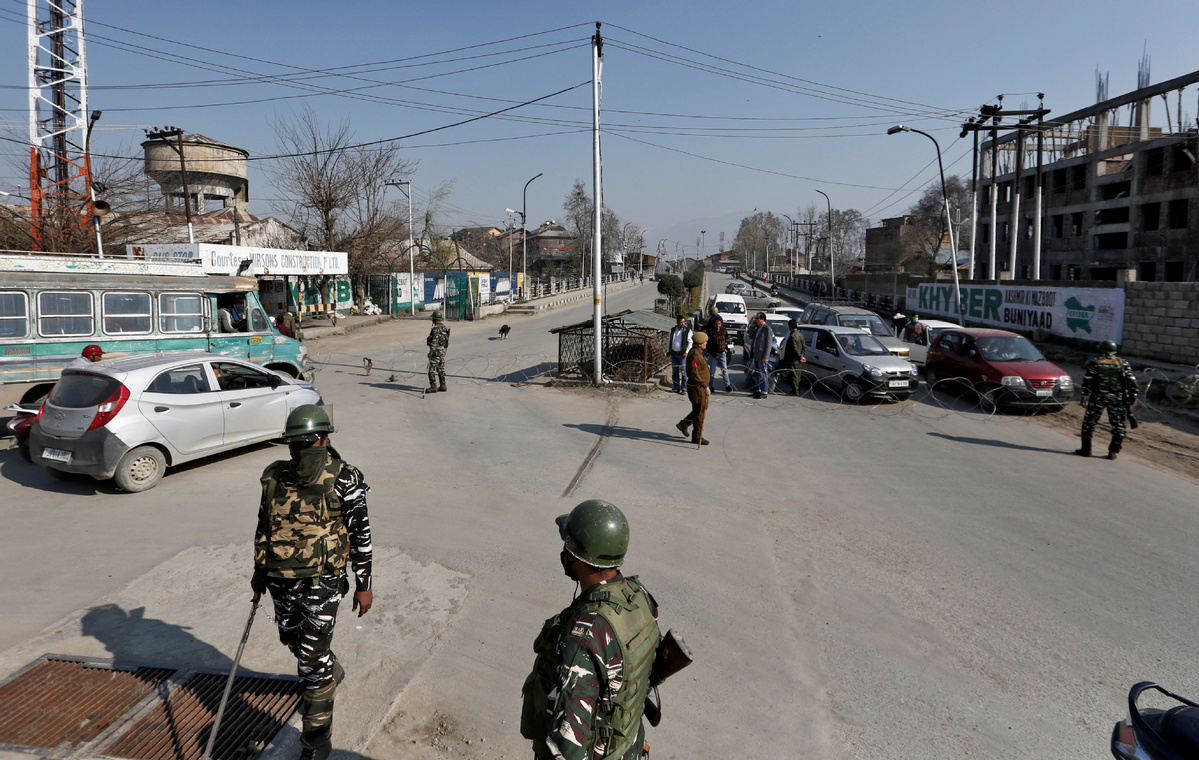 Commuters are stopped by security force personnel after the government imposed restriction on movement as a precaution against the spread of coronavirus disease , in Srinagar, on March 19, 2020. (Photo: Agencies)

The first gunfight broke out at Sharshali-Khrew village near Pampore of Pulwama district, about 25 km south of Srinagar city, the summer capital of Indian-controlled Kashmir.

"One more militant was killed in Sharshali gunfight and the toll rose to two," a police official posted in Pulwama said.

Meanwhile, a top militant commander has been trapped in another village Beighpora near Awantipora in the district.

According to police, the exchange of heavy gunfire was underway in the area.

"The gunfight is going on at Beigpora Awantipur. Any Speculative reporting unconfirmed stuff having law and order bearings is highly irresponsible on the part of some channels. They are advised to hold their guns please," a police spokesman said.

Soon after the gunfight started, limited mobile internet service was suspended in the region.

So far government forces have not suffered any damage in these gunfights.

A sudden spike in gunfights and attacks on government forces amid the COVID-19 outbreak has been witnessed in the region.

A guerilla war is going on between militants and Indian troopers stationed in the region since 1989. The gunfight between the two sides takes place intermittently across the region.