WORLD 2 million sign petition calling for Brexit to be scrapped

2 million sign petition calling for Brexit to be scrapped

LONDON, March 21 (Xinhua) - A national petition to the British Parliament calling for Brexit to be cancelled received more than 2 million signatures by Thursday night. 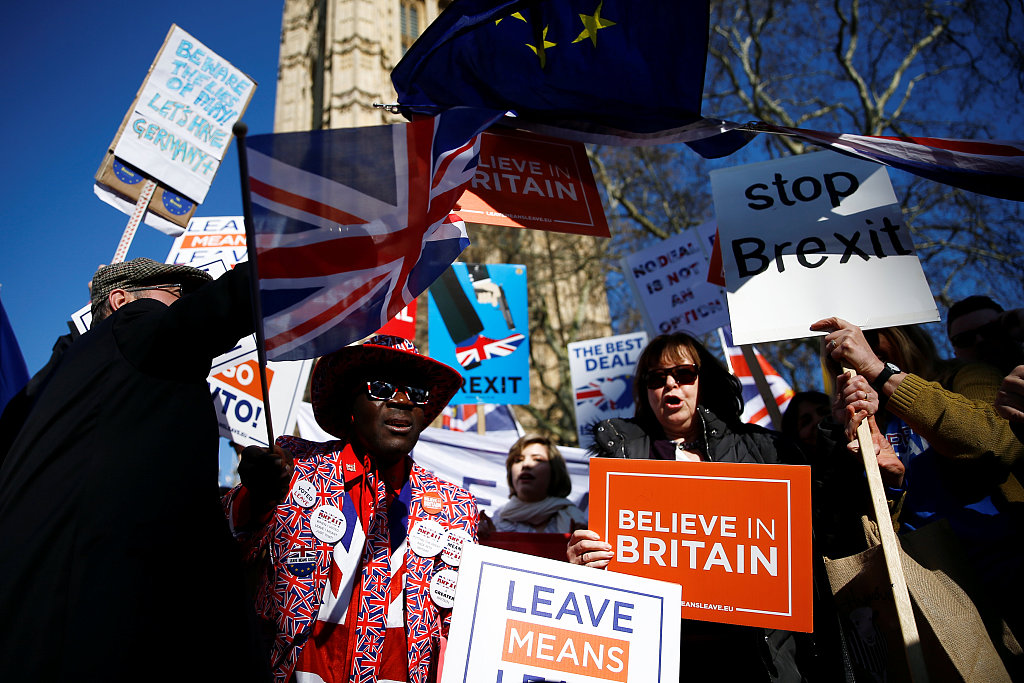 Pro-Brexit and anti-Brexit protesters stand outside of the Houses of Parliament in London, Britain, February 27, 2019. (File photo: VCG)

The petition has called on Prime Minister Theresa May's government to cancel Britain's departure from the European Union (EU) and to revoke Article 50 process.

The Article 50 had set Britain's departure date at March 29, but the EU agreed on Thursday to offer a Brexit extension until May 22 if Britain's House of Commons approves the withdrawal agreement next week. If not, the extension will last till April 12, said President of the European Council Donald Tusk.

"The government repeatedly claims exiting the EU is the will of the people," said petition organiser Margaret Anne Georgiadou. "We need to put a stop to this claim by proving the strength of public support now for remaining in the EU."

Under parliamentary rules, public petitions almost guarantee a debate in the House of Commons if no less than 100,000 people sign on it.

However, leader of the House of Commons Andrea Leadsom said the petition would only be meaningful if it reached 17.4 million, the number of people who voted Leave during the 2016 referendum.

According to the Parliamentary Petitions Committee, a cross-party group appointed to examine petitions to parliament, the petition had the highest-ever number of signatures and crashed their website several times during the day.

Petitions do not carry any legal weight in the Houses of Parliament, but are seen as a way of influencing political thinking.