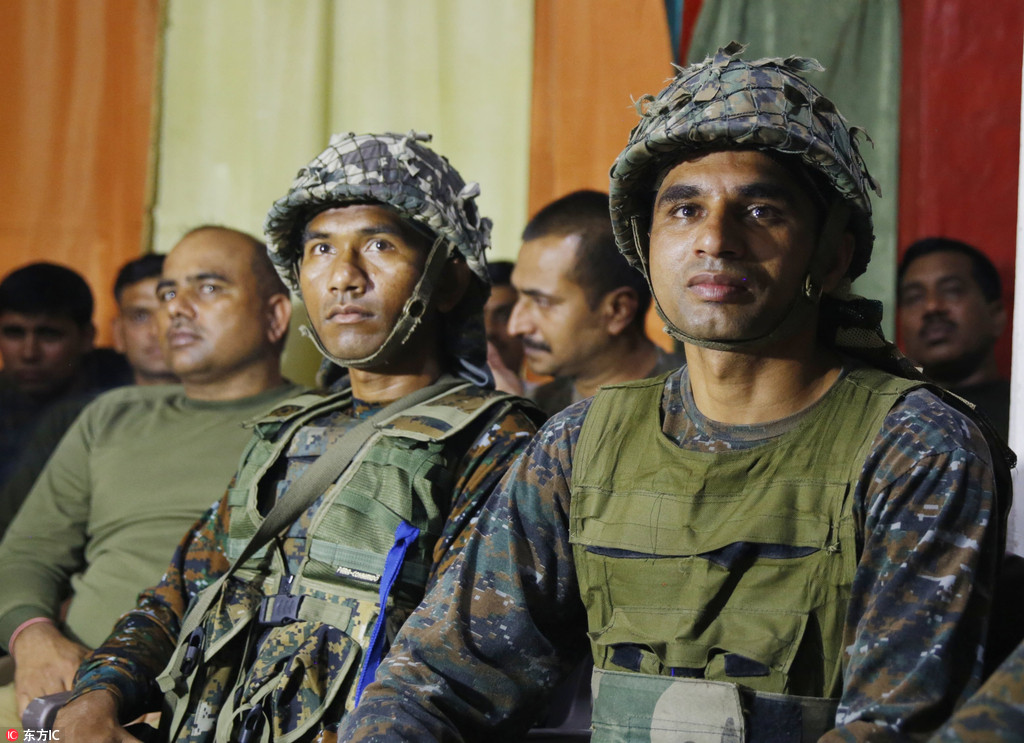 Two paramilitary troopers belonging to India's Central Reserve Police Force (CRPF) were wounded Thursday after militants attacked their convoy in restive Indian-controlled Kashmir, police said.
The convoy was attacked in Anantnag town, about 52 km south of Srinagar city, the summer capital of Indian-controlled Kashmir.
"A convoy of CRPF with six buses on their way back to nearest Mattan was fired by militants. In the attack two CRPF men were wounded," Rajesh Yadav, Srinagar based spokesman of CRPF told Xinhua. "The wounded troopers have been referred to nearest medical facility and are said to be stable."
Militants however managed to escape without any damage.
Police officials said following the attack, contingents of paramilitary and police were rushed to the locality to carry out searches for the militants.
According to local media reports five CRPF men were wounded in the attack.
So far no militant outfit has claimed responsibility of the attack.