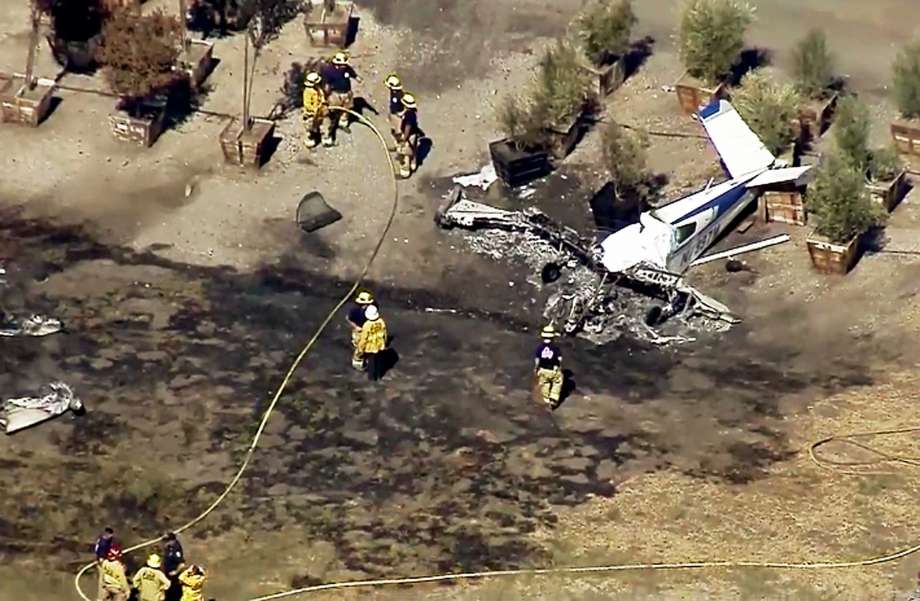 The wreckage of a small plane that crashed on the border between a nursery and Brackett Field Airport in La Verne, Calif., killing the pilot, the lone occupant, Monday, Oct. 1, 2018. (Photo: AP)

Monday's accident occurred around 11:50 a.m. local time (1850 GMT), the airplane with one person aboard was about to touch down when it crashed.

On Sunday, a 69-year-old man was killed and another person was injured after their small plane missed the same airport's runway and crash-landed in a private plant nursery nearby, it said.

The two crashes occurred about 100 yards (91.4 meters) away near the Brackett Field Airport in La Verne, a city located 50 km east of Los Angeles downtown.

A witness of Monday's tragedy, Francisco Juarez, told local ABC 7 news channel that he saw the plane making a whirring noise before it hit the ground. "There was a big explosion," Juarez said.