Two powerful cyclones are bearing down on Australia's sparsely populated north where around 2,000 people have been evacuated from the east coast of the Northern Territory ahead of strong winds, mountainous waves and flooding rain that are forecast. 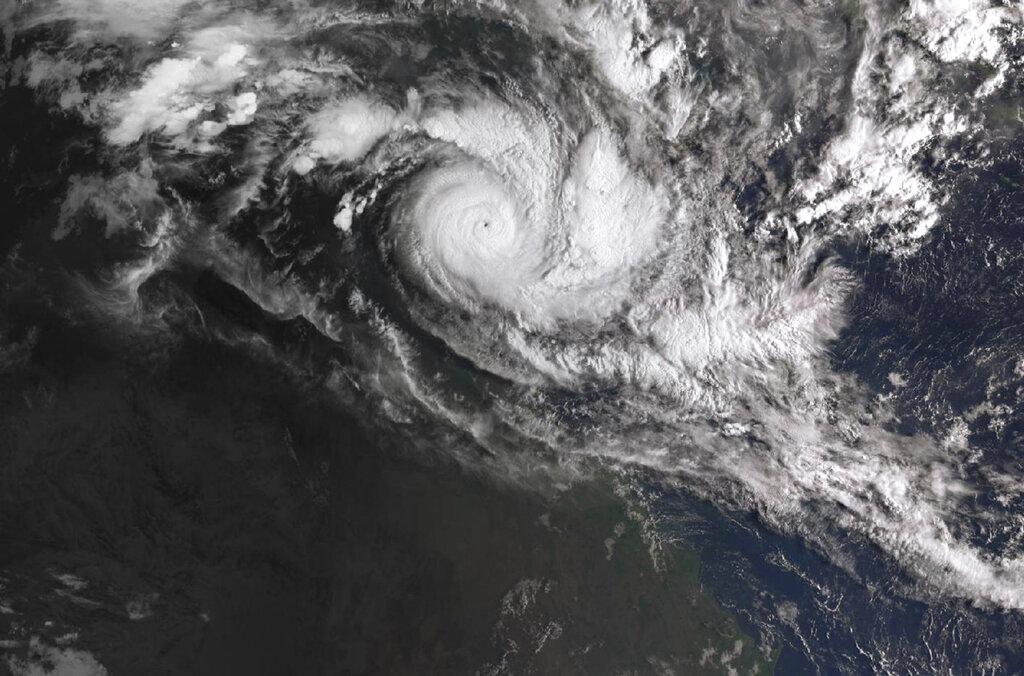 In a satellite image acquired from the Australian Bureau of Meteorology, Cyclone Trevor moves over the Northern Territory captured at 0810am AEDT, Tuesday, 19 March 2019. (File photo: AP)

Cyclones are frequent in Australia's tropical north and rarely claim lives. But two such large storms as Cyclones Trevor and Veronica crossing land on the same weekend is rare.

Bureau of Meteorology manager Todd Smith said on Friday that Trevor is expected to cross the east shore of the Northern Territory on Saturday morning as a Category 4 storm. It currently has sustained winds of 130 kilometers per hour (80 mph).

Veronica is also expected to be a Category 4 when it crosses the coast of Western Australia state over Sunday night.