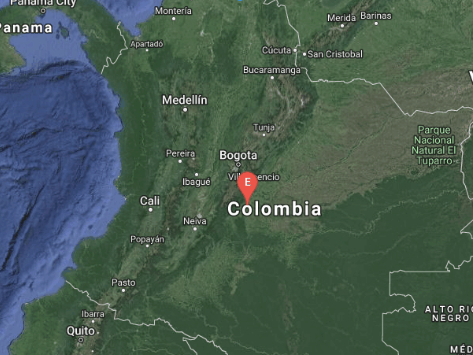 There was no immediate report of casualties. But witnesses said that buildings were shaken in its capital Bogota.

The U.S. Geological Survey (USGS) put the magnitudes at 6.0 and 5.8 respectively, saying the first quake struck some 100 miles (160 km) south of Bogota and  an aftershock was recorded nearby 16 minutes later.