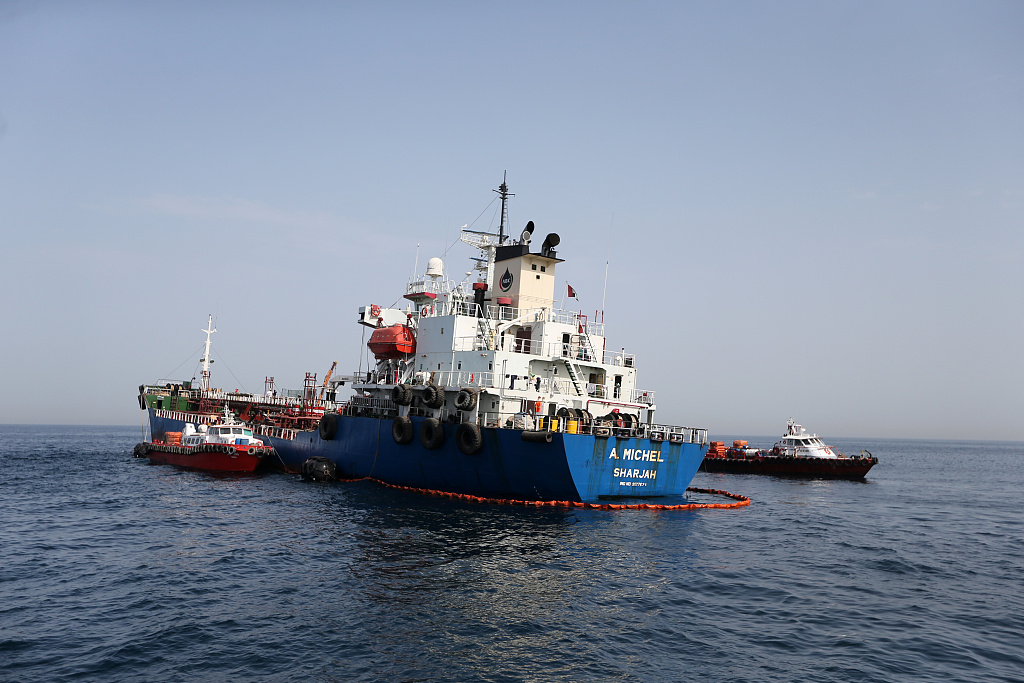 File photo of A. Michel UAE tanker seen off the Port of Fujairah, United Arab Emirates, May 13, 2019. (Photo: VCG)

Iranian media said the two tankers departed from the port of Abu Dhabi, capital of the United Arab Emirates (UAE). The ports of Pakistan and Oman both received the distress calls from the oil tankers.

The US 5th Fleet nearby assisted the evacuation of the crew, Al Arabiya said.

The Omani authorities were not immediately available for comments on the incident.