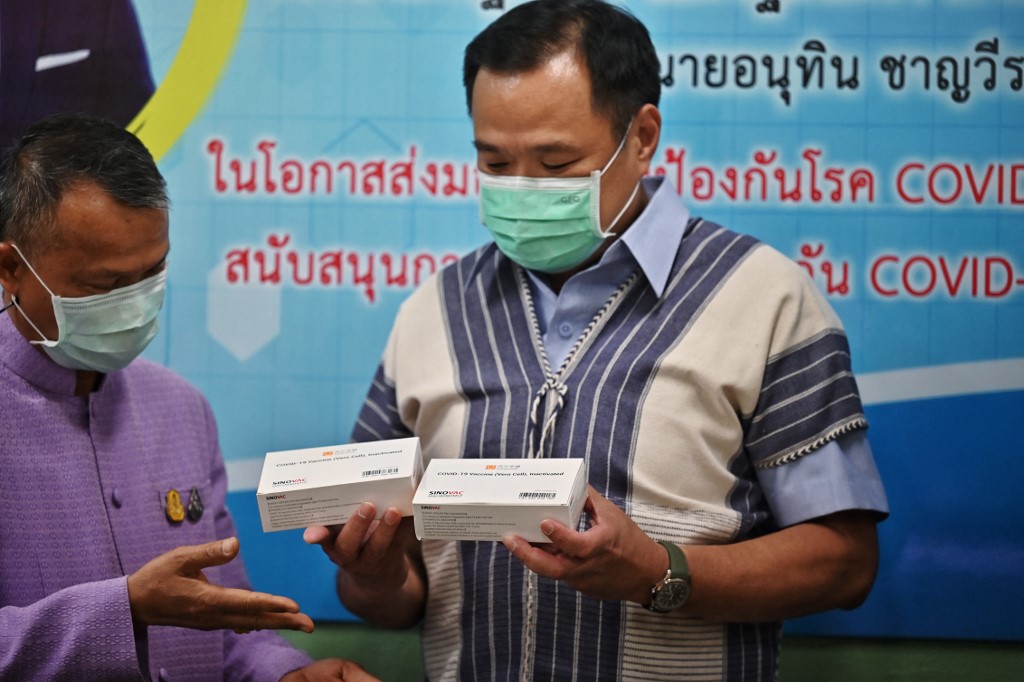 Anutin returned to Thailand on Sunday after attending the 50th meeting of the UNAIDS Program Coordinating Board in Geneva, Switzerland, while Jurin returned from a trip to Britain, according to local media reports.

Anutin reportedly had muscle pains and a sore thoat.

Jurin is working from home and he said the infection was not due to the face mask mandate, according to local media.

Both were recommended for a one-week isolation, according to local media.