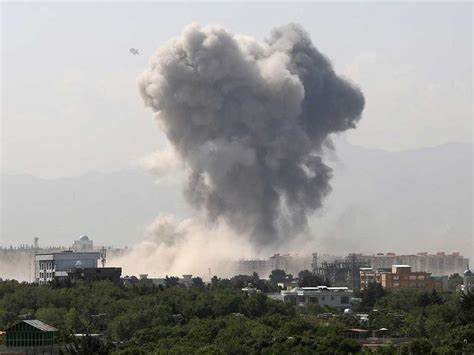 KABUL, Oct. 20 (Xinhua) -- At least two people were wounded in a bomb attack in the Afghan capital on Wednesday morning, the Ministry of Interior confirmed.

He said a search operation was launched to nap the culprits behind the attack.

However, local residents said the explosion was an Improvised Explosive Device (IED) blast targeting a Taliban pickup truck that was passing by the traffic circle near the Kabul police headquarters.

"The explosion occurred roughly at 7:50 a.m. local time (0320 GMT) with a big bang, causing panic among the people and sending a gray smoke to the sky," a witness told Xinhua.

At least one person was killed and seven others, including three students, were wounded, he said.

The security situation has remained generally calm but uncertain across Afghanistan since the Taliban's takeover in mid-August.

However, deadly bomb attacks have been staged by Islamic State-affiliated militants in several Afghan provinces in recent weeks.

On Friday, at least 47 worshippers were killed and 90 others wounded after two IS militants launched suicide bomb attacks inside a mosque in Kandahar city, capital of southern Kandahar province.