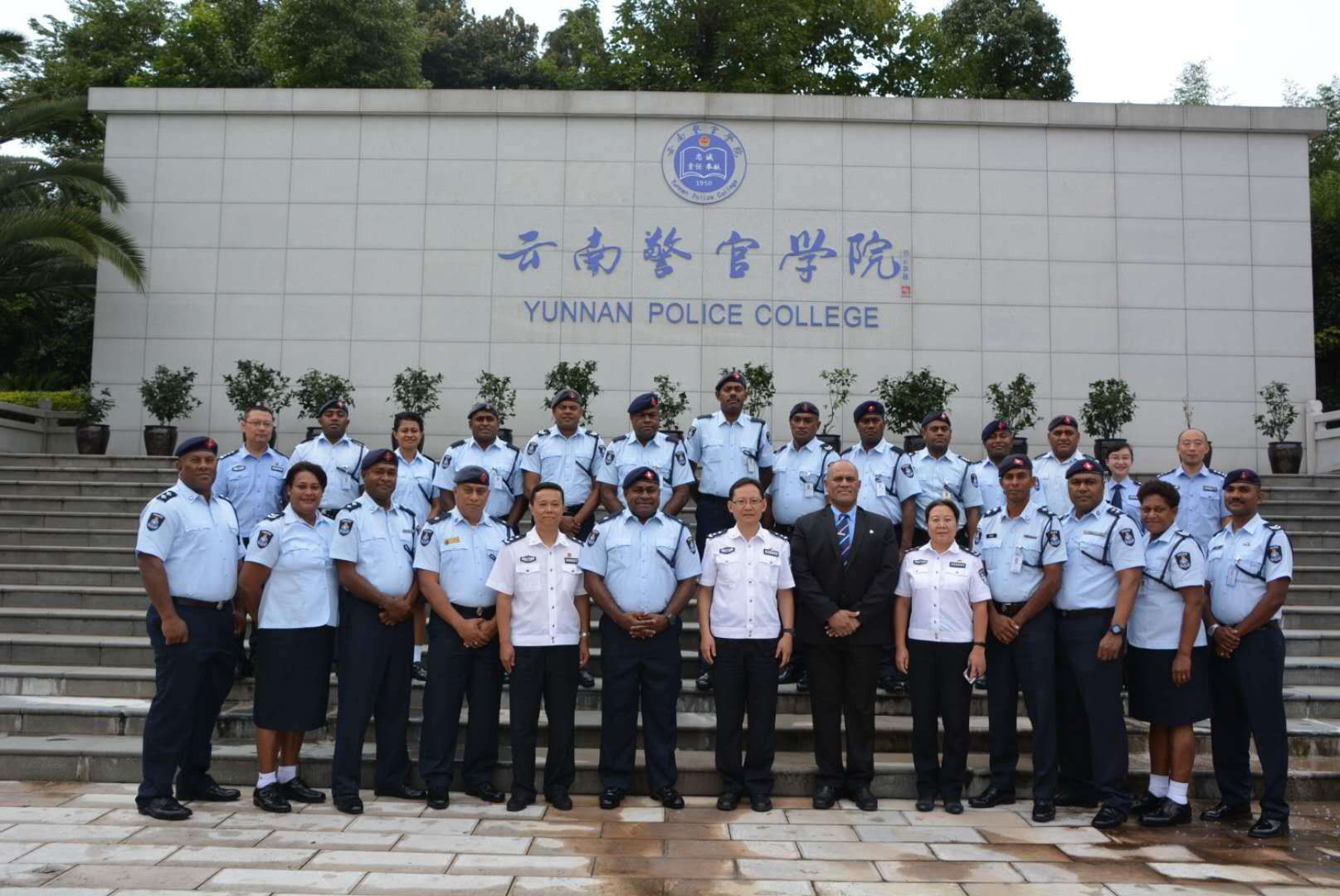 The 20 Fiji Police officers who attended the anti-drug training at Yunnan Police College with their Chinese counterparts. (Photo: Fiji Police)

A statement from the Fijian Police headquarters on Tuesday said the contingent led by Fiji's Assistant Superintendent of Police Aminisitai Seru consisted of officers from the Fijian police Criminal Investigations Department, Intelligence, Forensics and Prosecutions from the four policing divisions around the country.

Consistent with the Memorandum of Understanding that exists between the Fiji Police Force and the China's Ministry of Public Security, the training gave the officers an in-depth look into drug prevention, drug rehabilitation and best practices used by Chinese law enforcement agencies.

While addressing the contingent upon their return, Fiji's Commissioner of Police Brigadier General Sitiveni Qiliho reiterated the need for officers to put into practice the knowledge gained from the training.

"The drug trade is evolving globally and here in Fiji, you would have seen firsthand how China's law enforcement agencies have been policing the issue in line with new trends."

"As the drug trade evolves criminals will come up with ways to beat our monitoring and policing systems, which is why we need to put what you have learned in China into Fiji's context."

Assistant Superintendent of Police Aminisitai Seru said the training was an eye opener and gave them an opportunity to broaden their knowledge.

"Witnessing their operations and their anti-drug law enforcement mechanisms in place made us all eager to implement similar strategies and pass on what we have learned to our comrades."

Under the police to police Cooperation with the Fiji Police Force and the China's Ministry of Public Security, the Yunnan Police College had specifically designed a training program for Fijian officers on Sept. 13-27.