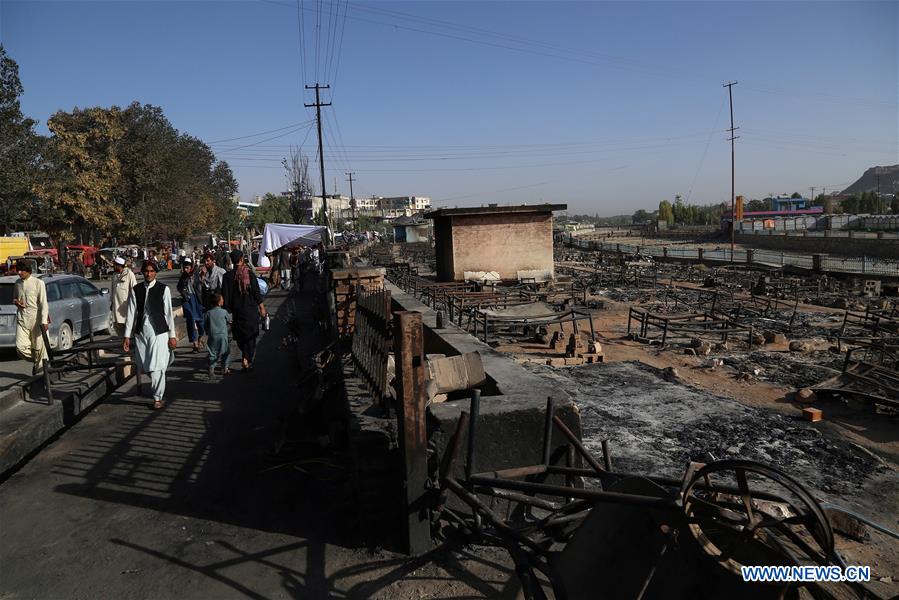 Afghan President Ashraf Ghani visited Ghazni city, where he instructed the allocation of up to 20 million US dollars to reconstruct the provincial administration facilities, the Afghan Presidential Palace said Friday.

The announcement came as president Ghani together with high ranking officials paid a visit into the embattled city on Friday.

Provincial Governor Wahidullah Kalimzai assured the visiting president of reactivation of the water and power supply systems and restoration of telecommunication networks, the palace said in a statement.

According to the statement, the president said an urgent allocation of 20 million US dollars to reconstruct the ancient city's administration facilities, and instructed the ministry of public health and telecommunication to accelerate the water supply, health service, power and telecommunication processes in the province.

No official figures of casualties have been released by the officials so far, but local media citing provincial officials reported that over 190 civilians, 340 security forces and 720 militants had been killed during the clashes, airstrikes and fighting in Ghazni.

The fighting is estimated to have caused 50 million US dollars in damages as scores of shops, buildings, mobile phone towers, houses and government offices were destroyed and burned during the five days fierce clashes.