WORLD 20 years after deadly quake, Istanbul not ready for 'Big One'

20 years after deadly quake, Istanbul not ready for 'Big One' 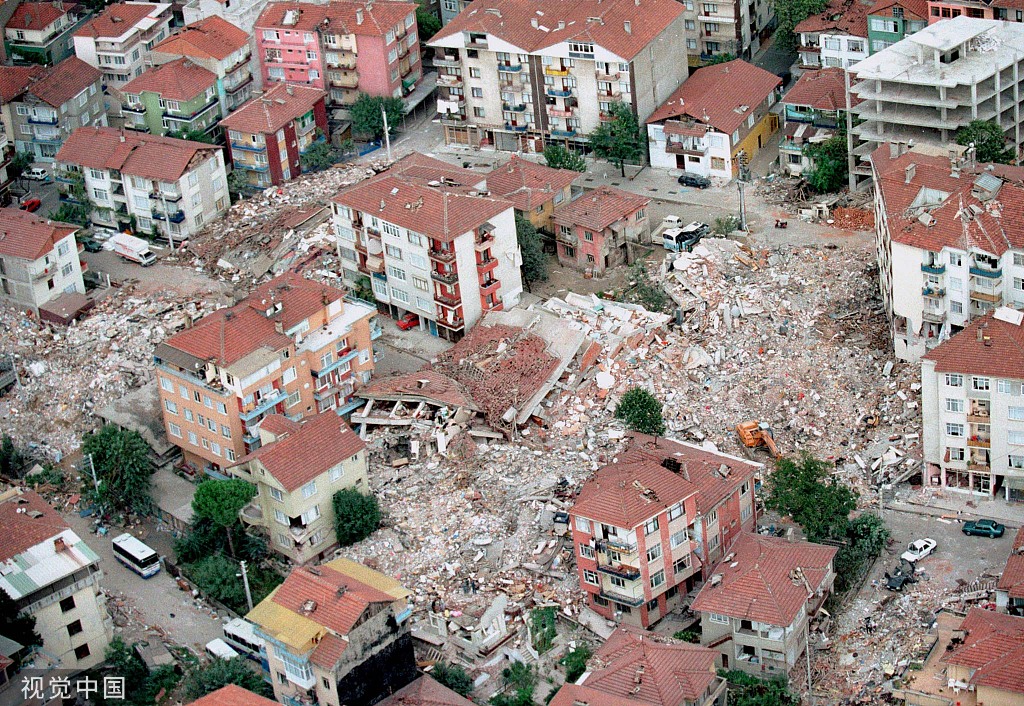 ISTANBUL - Twenty years after a devastating earthquake ravaged the northwest of Turkey, Istanbul people live with the knowledge that another "Big One" is unavoidable, and that their city of 16 million is not prepared.

On Saturday, Turkey will mark the anniversary of the magnitude-7.4 quake that hit Izmit - around 100 kilometers east of Istanbul - on Aug 17, 1999, killing at least 17,400 people, including 1,000 within the economic capital of the country.

The question for seismologists is not if another earthquake will hit Istanbul, which lies along the volatile North Anatolian tectonic plate. The only question is: When?

Sukru Ersoy, a specialist at the city's Yildiz Technical University, estimates it could come within the next decade. "In the worst case, the quake could reach a magnitude of 7.7," he said. "Is Istanbul ready for that? Sadly not."

According to Ersoy, such a quake would destroy thousands of buildings, leaving a "terrifying" number of dead and paralyzing Turkey's economic and tourist hub.

The former capital of the Ottoman Empire has suffered many earthquakes through its long history. In 1509, the city was shaken so badly that the Ottoman authorities referred to the incident as "the little apocalypse".

Since then, a rapid-response unit - the Disaster and Emergency Management Authority - has been created, quake-proof hospitals have been built, and systems to cut gas lines installed.

But experts say the main problem is that Istanbul has tens of thousands of poorly-built buildings, thrown up during the construction boom of recent decades with little regulatory oversight.

The 1999 quake showed how many buildings had been built using dodgy cement made from unsuitable sand dredged from the sea.

"There was a moment of reflection just after the 1999 earthquake," said Nusret Suna, head of the Chamber of Building Engineers for Istanbul. "But with time, fatalism took over again. People said 'It's destiny' and people moved on to other things."

Although regulations have become stricter in the past 20 years, the collapse of a residential building in Istanbul this past February, in which 20 people were killed, renewed fears about the solidity of the city's infrastructure.