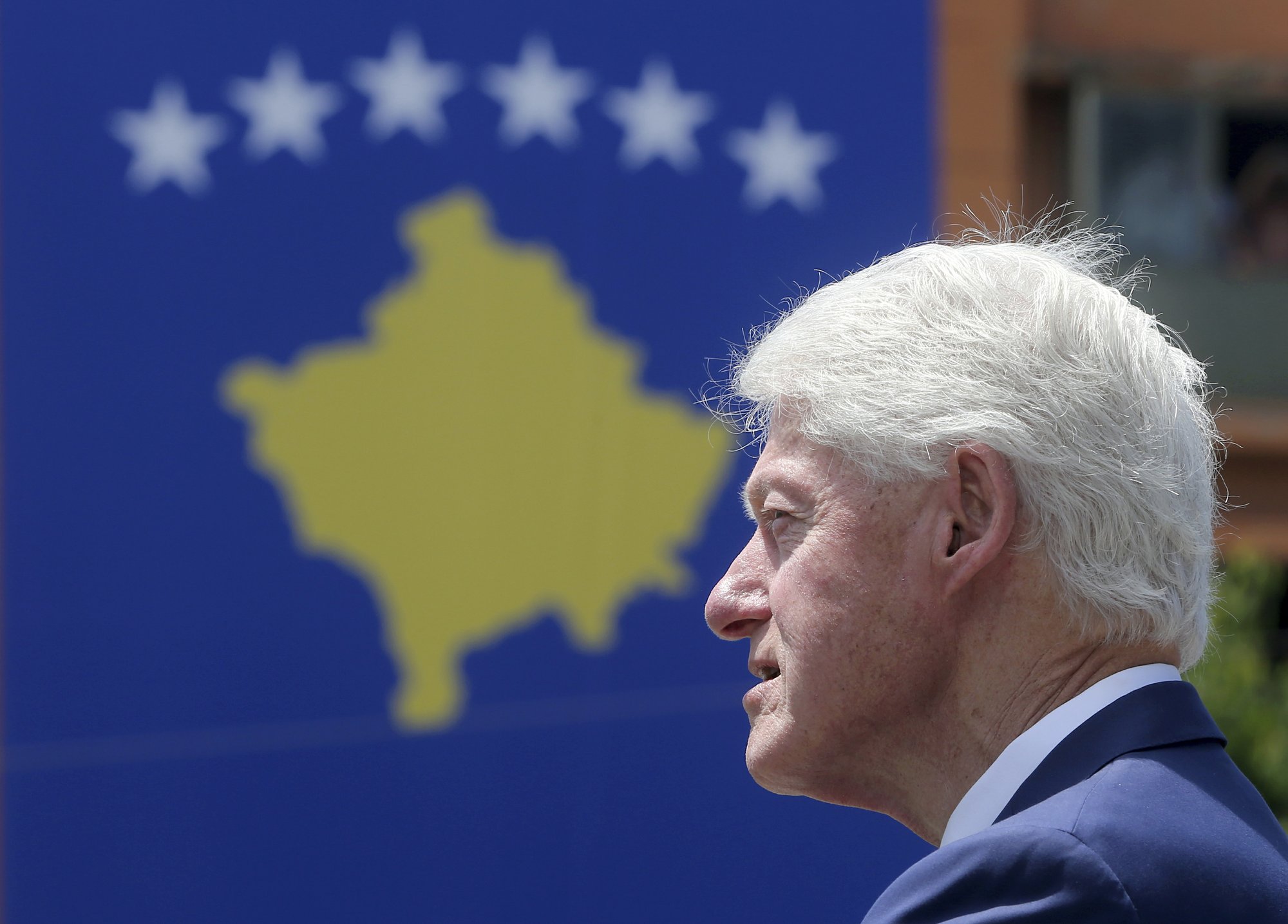 In Kosovo so far, the sword has worked better than the ploughshare.

It’s exactly 20 years since NATO forces set foot in the former Yugoslav province, after an allied bombing campaign ended Serbia’s bloody crackdown on an insurrection by the majority ethnic Albanian population in Kosovo — revered by Serbs as their historic and religious heartland.

But, though it is now independent, Kosovo and its 1.8 million people lack full international recognition. NATO forces are still there and relations with Serbia remain frigid despite years of European mediation efforts.

It doesn’t help that both countries are headed by politicians deeply involved in the events of 1999 that left more than 10,000 dead. Serbian President Aleksandar Vucic was a close aide of Serbian strongman Slobodan Milosevic, and his Kosovo counterpart, Hashim Thaci, led the ethnic Albanian insurrectionists.

The main proponents of the 78-day NATO air campaign, former US President Bill Clinton, his Secretary of State Madeleine Albright and then-NATO commander Wesley Clark, were in Pristina Wednesday to attend anniversary celebrations and be awarded a Kosovo honor.

Cheered by a crowd of 3,000 in central Skenderbeu Square, Clinton said it had been “my life’s biggest honor to have stood with you against ethnic cleansing and for freedom.”

The former president is highly popular in Kosovo, and a gold-painted, 11-foot statue of him stands in another part of the capital.

Clinton urged Kosovars to “never forget the challenges” ahead.

“A new form of courage and patience is needed to build the future,” he said.

The reaction in Serbia was very different. Marko Djuric, Serbian government’s chief negotiator for Kosovo, described the anniversary celebrations in Pristina as a cynical “ball of vampires” attended by those who unlawfully bombed Serbia 20 years ago.

“Twenty years after the aggression, those most responsible for crimes against Serbs have not been punished,” Djuric said.

Pristina-based analyst Shkelzen Maliqi said despite progress in building state institutions and an army, Kosovo still faces “much work to make it functional in every aspect.”

The economy is rickety, with high levels of poverty and unemployment, and the rule of the law and democratic institutions are weak, according to international monitors.

It’s a meager consolation that the national soccer squad is doing well in European qualifiers, although organizers had to ensure it won’t have to play against Serbia. International pop stars Dua Lipa and Rita Ora are both Kosovars — albeit resident in Britain — and Kosovo is hoping that it will soon be eligible to participate in the European Song Contest, despite Serbian objections.

However, the key problem is Kosovo’s international state of limbo. Despite having declared independence from Serbia in 2008 and its nationhood being recognized by 115 countries, including the United States and most European Union members, it is not recognized by Serbia or its allies, Russia and China.

“Kosovo is irreversibly an independent state but still not a UN member due to Russia’s veto,” Maliqi said. “Five EU countries have not recognized Kosovo, thus helping Russia keep a frozen conflict situation in the region.”

Many Kosovars feel let down by the international community. They are the only former Eastern Bloc nationals barred from visa-free travel to EU countries, despite a deal with Brussels that Pristina says it has fulfilled by signing a border demarcation agreement with neighboring Montenegro following years of Western pressure.

“Building normal ties with yesterday’s aggressor, Serbia, has not been going well despite EU mediation,” he said.

The dialogue that started in 2011 has been stalled since last year after Kosovo set a 100% import duty on all Serbian and Bosnian goods, despite international calls to lift or suspend the measure.

Kosovo insists on full recognition of its statehood as the end result of the talks, something which — at the moment at least — is not acceptable to Serbia.

A land swap that would apparently have involved Kosovo ceding Serb enclaves — which contain valuable mineral and water resources — and Serbia handing over its ethnic Albanian-dominated southern territory was tentatively aired last year by presidents Vucic and Thaci. But the idea was strongly opposed by European countries and now seems to have been shelved.

A new regional summit in Paris on July 1 backed by France and Germany will likely focus more on convincing Pristina to suspend its trade measure than on achieving a legally binding agreement between the two countries.

Kosovo’s ambassador to the US summed up the feeling of hopelessness in an address to the UN security council this year.

“It is astounding,” Vlora Citaku said. “Simply unbelievable, that this council has convened more sessions to talk about Kosovo than it has for Syria, Yemen or Venezuela” without achieving progress.