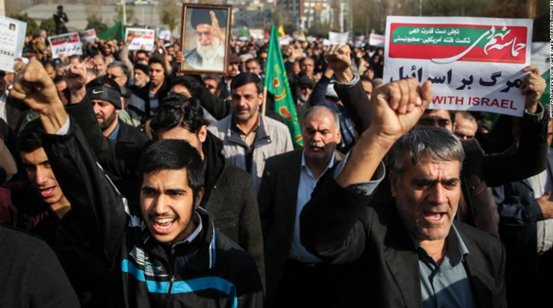 An official in Tehran said on Sunday that 200 people were arrested during the previous night's protests in the Iranian capital, the semi-official ILNA news agency reported.

"These individuals are now with the judiciary and some others have been freed out of clemency," Ali Asghar Nasserbakht, a security deputy for Tehran's governor, told ILNA.

He said 40 of those arrested were "leaders" and that their protests had not been related to the economy.

"Some opposition groups from abroad make our youth emotional," he said.

Several hundred people protested around the University of Tehran on Saturday, and there were reports of vandalism during the night, including an attack on a town hall.

The protests in Tehran appear to be smaller than many of those seen in towns and cities around the country since Thursday, where there have been few reports about the number of arrests.