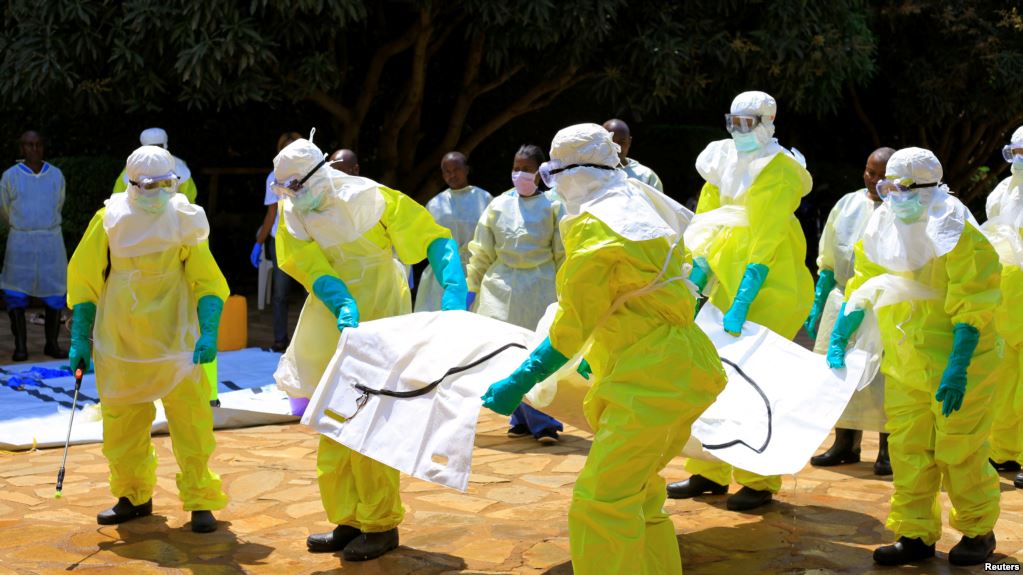 Congolese officials and the World Health Organization officials wear protective suits as they participate in a training against the Ebola virus in the Democratic Republic of Congo, Aug. 11, 2018. (Photo: Reuters)

KINSHASA, Oct. 20 - A total of 200 Ebola haemorrhagic fever cases have been confirmed in eastern Democratic Republic of Congo (DRC) since August, said the health ministry on Saturday.

According to the the latest statistics published by the ministry, of the 200 cases confirmed in Beni and surrounding areas in North Kivu Province, 117 have died of the virus and 61 others recovered after treatment.

On Saturday, eight more cases were confirmed, including six in Beni and two in Butembo.

Meanwhile, the ministry said that two agents of the Rapid Medical Unit of the Armed Forces of the DRC (FARDC) died Saturday after an attack by local militias and the agents were placed at certain points of entry into hazardous areas to assist national border health officers.

Declared by the DRC authorities on Aug. 1 in North Kivu province, the latest Ebola outbreak was also reported in the northern province of Ituri.

Following a recent meeting of the Emergency Committee of the International Health Regulations in Geneva, the World Health Organization said the tenth Ebola outbreak in DRC does not currently constitute a public health emergency of international concern.