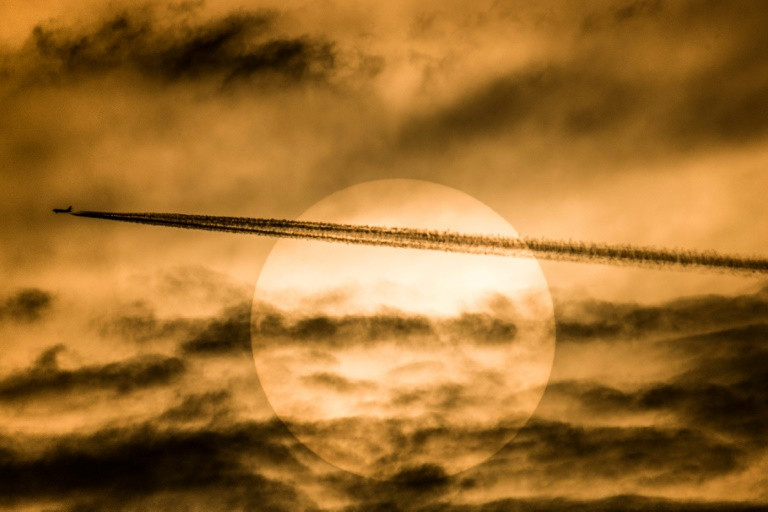 Last year was the safest year for civil aviation since plane crash statistics were first compiled in 1946, two industry studies have found.

President Donald Trump hailed the results on Tuesday, and credited his "very strict" stance on commercial aviation for the positive data in the United States.

A total of 10 crashes of civil passenger and cargo planes claimed 44 lives, said the Aviation Safety Network in a statement published Monday.

"The year 2017 turned out to be the safest year ever for commercial aviation," ASN said.

No major airline crashed a plane, the To70 agency said in its annual report, also published Monday.

"The past year has been another exceptionally good year for civil aviation safety," To70 said.

"2017 was much better than could reasonably (and statistically) be expected, and was again better than last year's remarkable performance," said To70 researcher Adrian Young.

The chances of dying in a plane crash are now one in 16 million, Young said, making air travel the safest means of transport even as worldwide air traffic grew by three percent in 2017 over 2016.

The To70 report used data from the International Air Transport Association (IATA) which is to issue its own annual report soon.

Accidents involving military planes, including military transport aircraft, were not taken into account in the study.

ASN President Harro Ranter said the low number of accidents was "no surprise," coming after a steady decline of fatalities in recent years.

But "despite the good news, a note of caution needs to be sounded," the To70 report warned.

"Whilst the safety levels of modern civil passenger airplanes remain high, the extraordinarily low accident rate this year must be seen as a case of good fortune," it said.

One worry for the future is the many pieces of electronic equipment that passengers carry in luggage because of the risk of fire or the danger of lithium-ion batteries exploding, the report said.

In praising his own efforts on aviation safety, Trump said there were no aviation accident-related deaths in the US last year.

"Since taking office I have been very strict on Commercial Aviation. Good news -- it was just reported that there were Zero deaths in 2017, the best and safest year on record!" he tweeted.

But Trump was probably referring only to statistics for turbojets, as there were two deadly US accidents in ASN data last year. Both involved planes with jet propulsion engines.

The first, in Arkansas on May 1, killed one person. Four days later, in West Virginia, two people were killed in another accident.