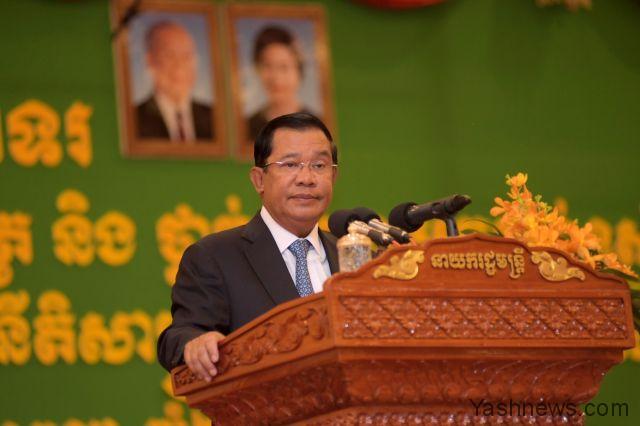 Cambodian Prime Minister Samdech Techo Hun Sen reiterated Wednesday that the 2018 national election result does not need recognition from the international community to be valid.

"Under the Cambodian Constitution, it (the election result) does not require endorsement from presidents of other countries or from the United Nations secretary general to be legitimate," he said in a speech during a get-together with some 15,000 garment factory workers in northern Phnom Penh suburb.

The prime minister said the election result would be legitimate when it is recognized by the National Election Committee, the Constitutional Council and Cambodian King Norodom Sihamoni.

Hun Sen also reiterated that the national election would be held as scheduled on July 29, 2018.

"Now, people are ready to cast their ballots and the government also has enough budget to support the electoral process," he said.

The Supreme Court dissolved the Cambodia National Rescue Party (CNRP) on Nov. 16 in a treason case allegedly committed by its leader Kem Sokha.

Sokha, 64, was arrested on Sept. 3 and charged with treason for conspiring with a foreign power in an attempt to overthrow the government.