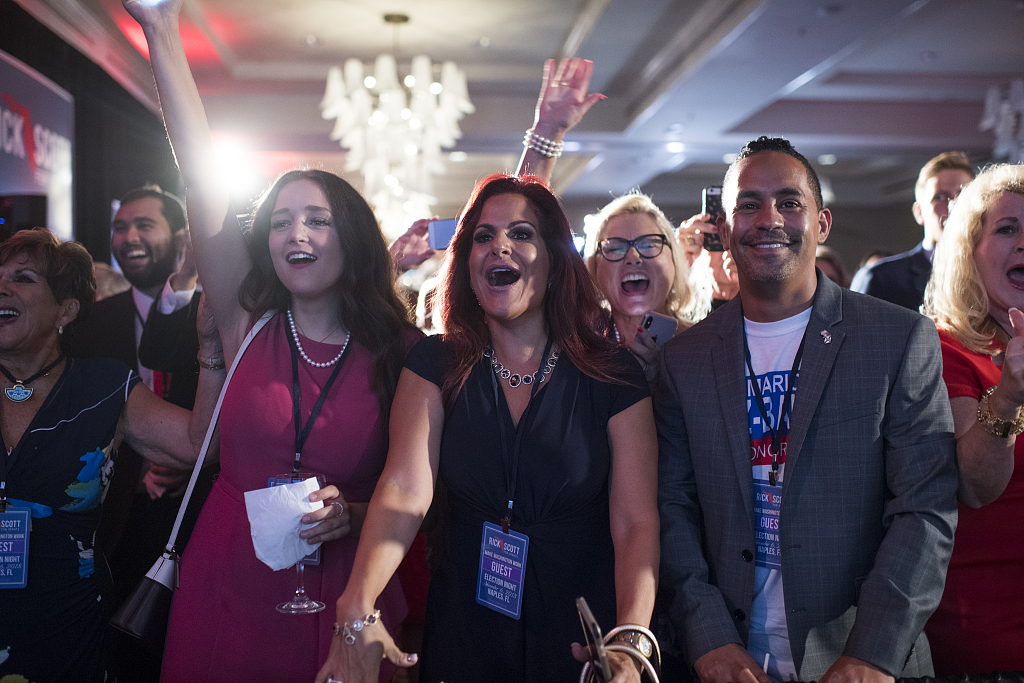 Democrats were gaining significant ground in the battle for House control Tuesday night, while Republicans held onto their majority in the Senate as voters weighed in on the first nationwide election in Donald Trump’s turbulent presidency.

With control of Congress, statehouses and the president’s agenda at stake, some of the nation’s top elections were too close to call.

Democrats won half the seats they needed to claim House control with dozens additional competitive contests remaining. Victories in contested races across Florida, New York, Virginia, Pennsylvania and Minnesota gave them cause for optimism.

The Democrats’ narrow path to the Senate was slammed shut after setbacks in Indiana, Tennessee, North Dakota and Texas. 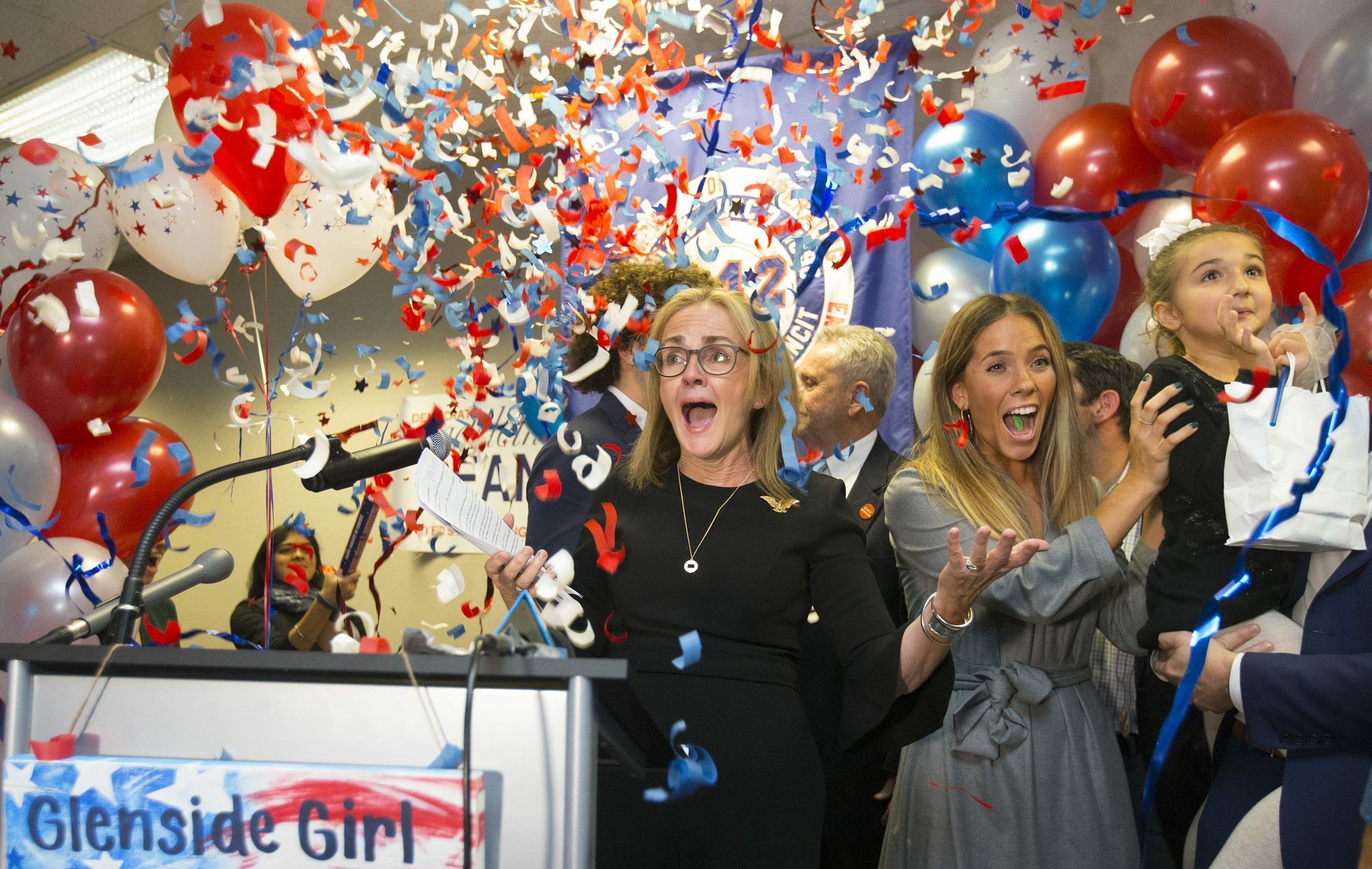 Trump’s team immediately sought to give him credit for retaining their narrow Senate majority, even as their foothold in the more competitive House battlefield appeared to be slipping.

Two issues more than any others were on voters’ minds. 25 percent described health care and immigration as the most important issues in the election, according to AP VoteCast, a national survey of the electorate. Nearly two-thirds said Trump was a reason for their vote.

Democrats, whose very relevance in the Trump era depended on winning at least one chamber of Congress, were laser-focused on health care as they predicted victories that would break up the GOP’s monopoly in Washington and state governments.

The political and practical stakes were sky-high.

Democrats could derail Trump’s legislative agenda for the next two years should they win control of the House. And they would claim subpoena power to investigate Trump’s personal and professional shortcomings.

Some Democrats have already vowed to force the release of his tax returns. Others have pledged to pursue impeachment, although removal from office is unlikely so long as the GOP controls the Senate or even maintains a healthy minority.

Yet Trump’s party will maintain Senate control for the next two years, at least. 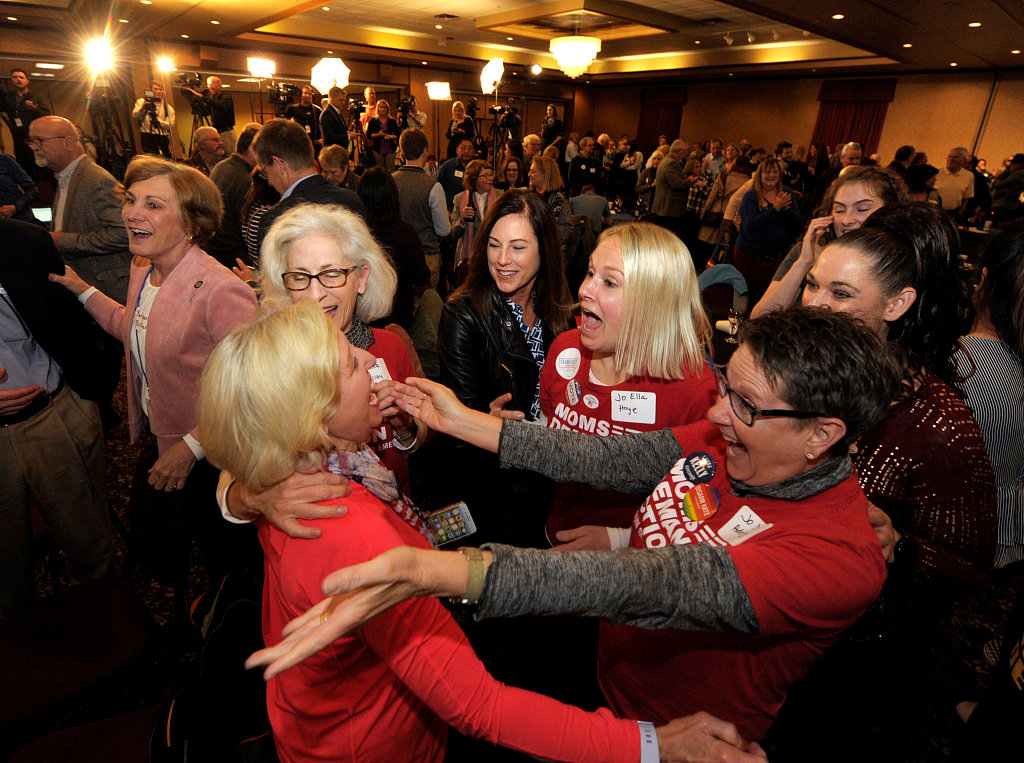 There will be no change at the top in Vermont or Oregon.

Republicans had believed that Oregon provided one of their best chances to flip a Democratic governor's seat in a year when Democrats generally have been making greater gains.

-Control of Congress will be divided next year, as Democrats won back the House of Representatives but President Donald Trump's Republicans maintained their Senate majority in crucial midterms, networks projected Tuesday. 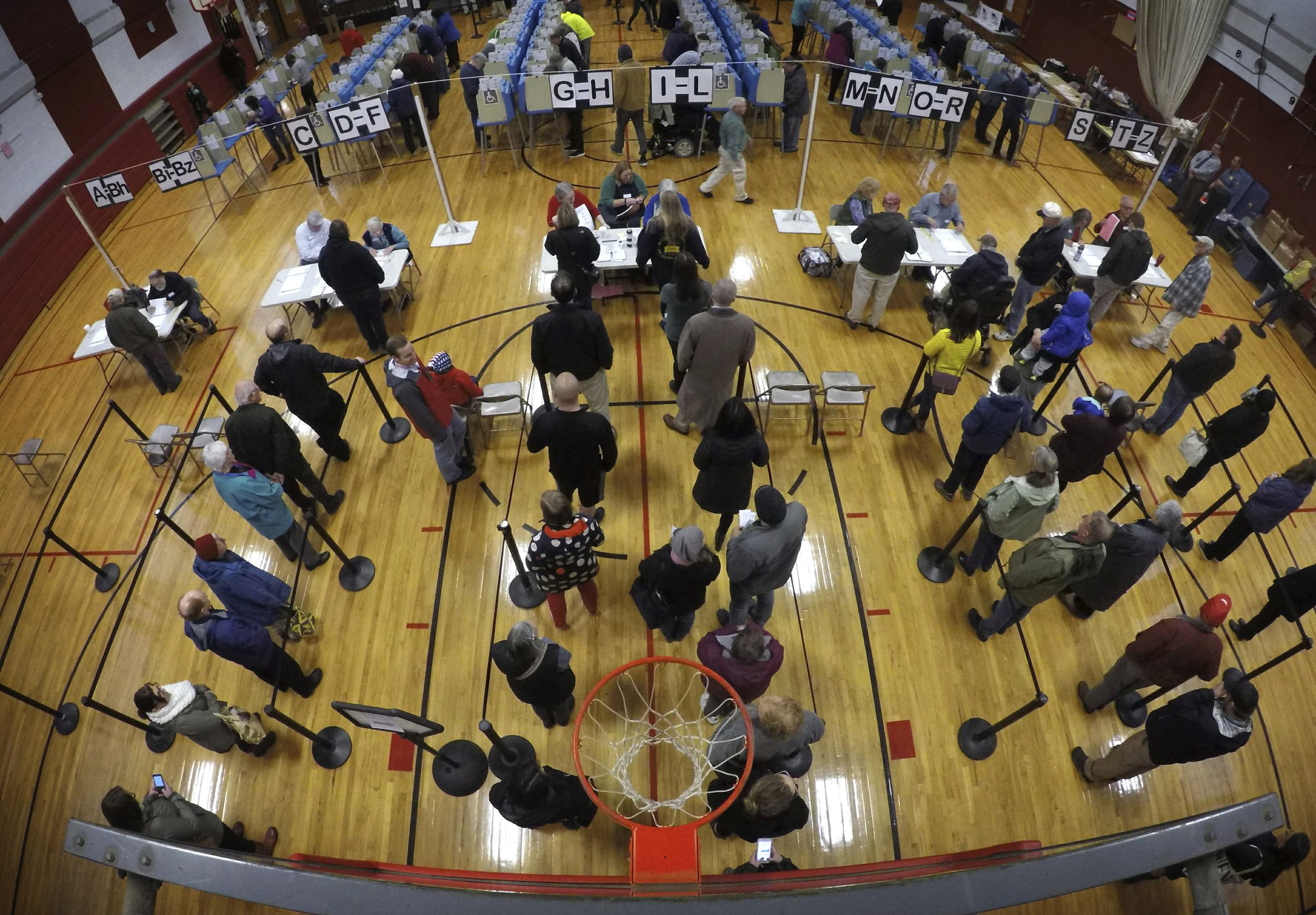 Voters wait in line in the gymnasium at Brunswick Junior High School to receive their ballots for the mid-term election, Tuesday, Nov. 6, 2018 in Maine. (Photo: AP)

-Democrats took back the governor’s office in Illinois, Republican Gov. Bruce Rauner conceded to his Democratic opponent, J.B. Pritzker, less than an hour after polls closed. Pritzker, a billionaire, appears to have capitalized not only on Rauner’s lack of popularity but broader dissatisfaction with President Donald Trump.

-The Democrats have flipped a second House seat in Florida, and there's intrigue in Texas where Democrat Beto O'Rourke – the party's new star – is leading incumbent Republican Ted Cruz in a race for Senate in the deep red state.

Sanders spoke to reporters at the White House Tuesday night, as election returns were still coming in. She says, “Maybe you get a ripple but I certainly don’t think that there’s a blue wave.”

She says there is still a “long way to go,” but the White House feels “good about where we are right now.”

Should Republicans lose the House, Sanders says the president’s agenda is not going to change. 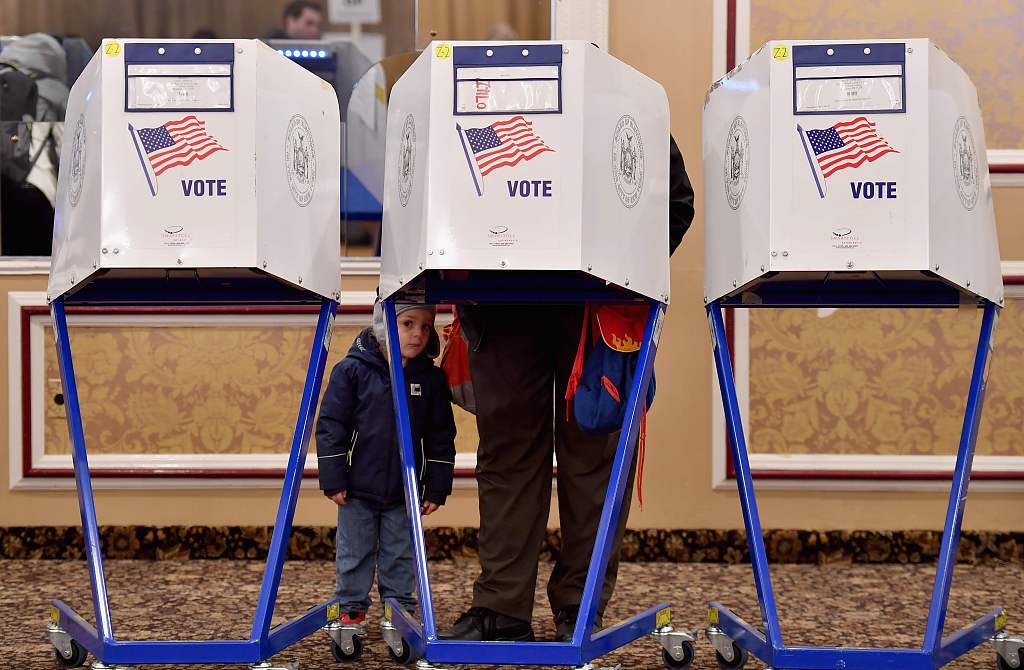 A voter casts his ballot in the midterm election at the East Midwood Jewish Center polling station in the Brooklyn borough of New York City on November 6, 2018. (Photo: VCG)

-Polls have closed across the East Coast, but the results in some of the most closely watched races remain too close to call.

-Polls across six states closed at 7 p.m. EST, including battlegrounds Georgia, Indiana and Kentucky. Polls in other key states including Florida, Pennsylvania and New Jersey closed at 8 p.m. EST.

-At least two lower-profile elections with presidential implications were decided after the first major wave of polls closed in the East.

-Health care and immigration were high on voters' minds as they cast ballots in the midterm elections, per a wide-ranging survey by The Associated Press.