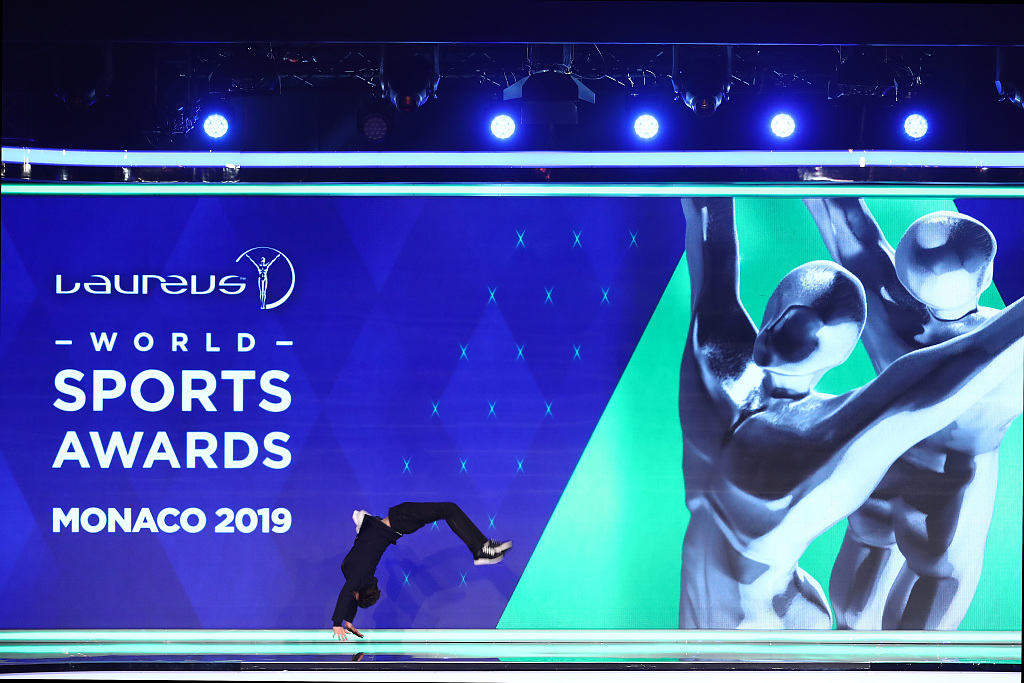 The 2019 Laureus World Sports Awards returned to Monaco on February 18, where the best of the best in global sports – past, present and future - gathered to honor the greatest sporting achievements of 2018 and celebrate the power of sport to change the world. (Photos: VCG, compiled by Bao Han) 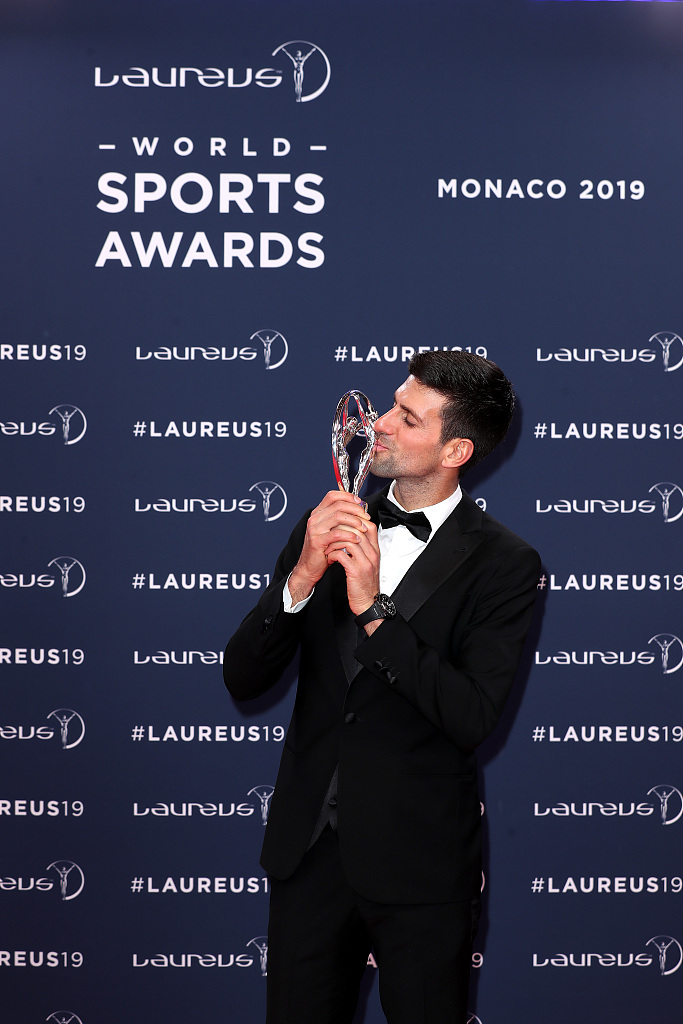 Navak Djokovic, winner of the Laureus World Sports Man of the Year 2019, poses with his award. 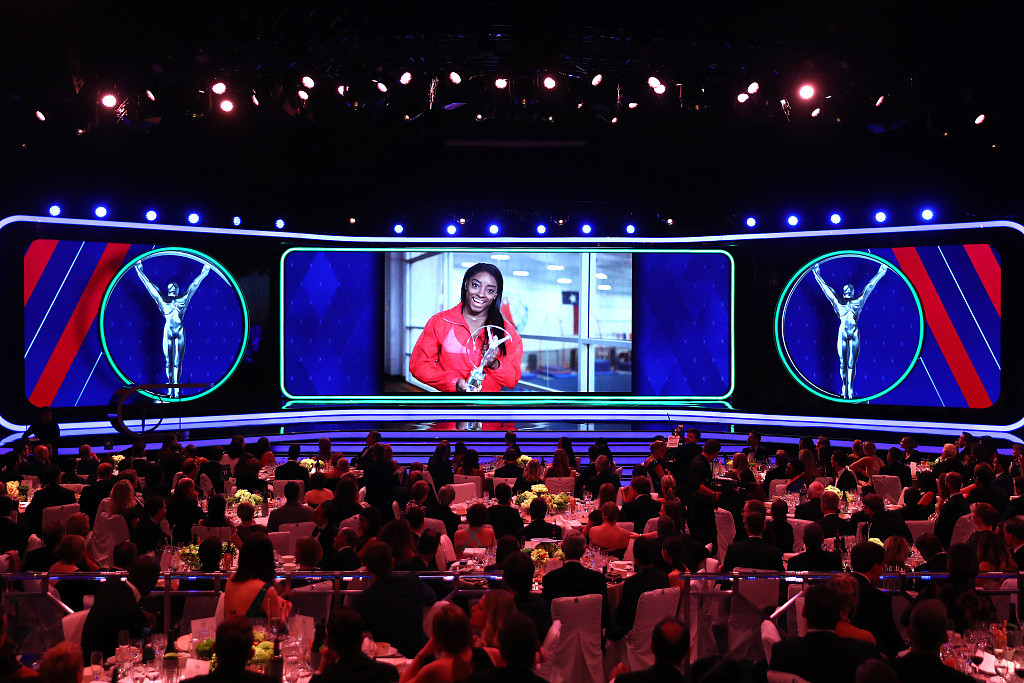 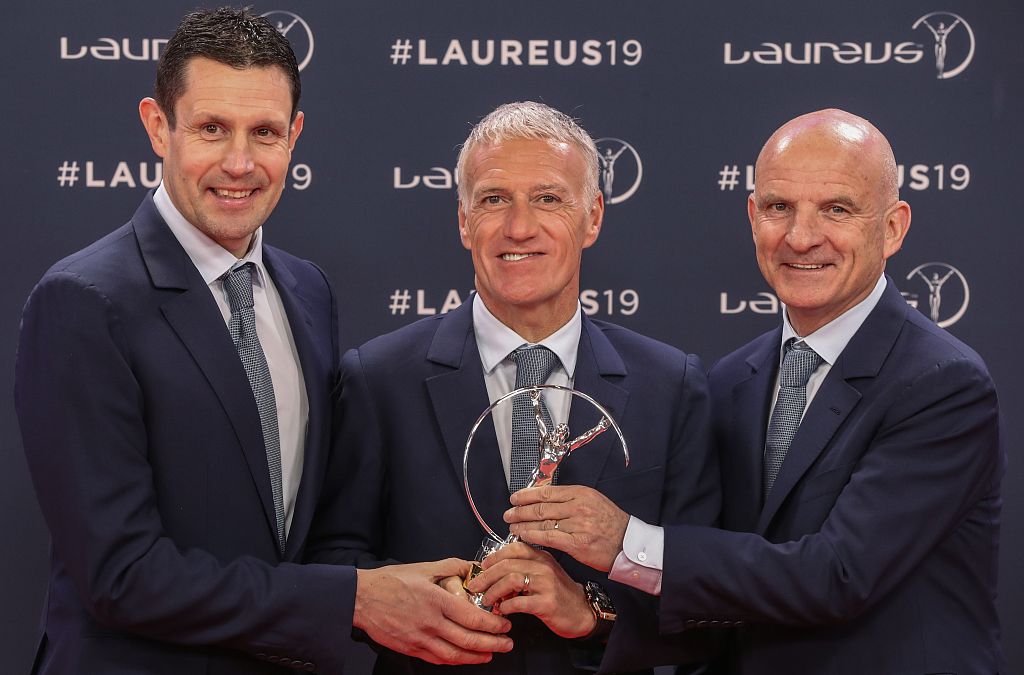 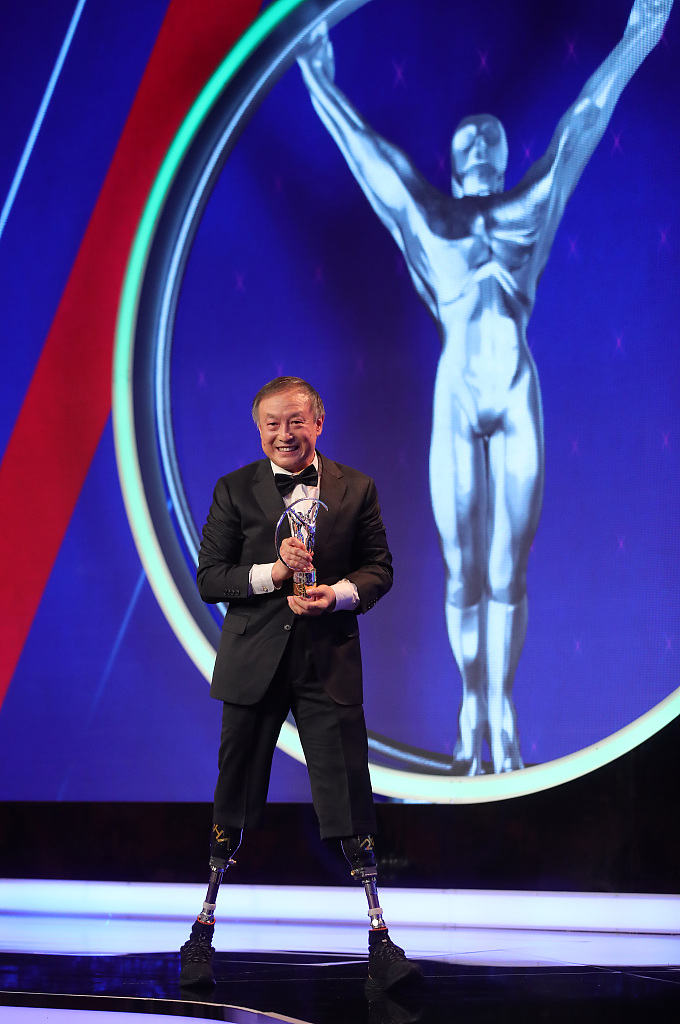 Xia Boyu, a double amputee who scaled Mount Qomolangma for the first time in China, is awarded the Laureus Sporting Moment of the Year 2019. 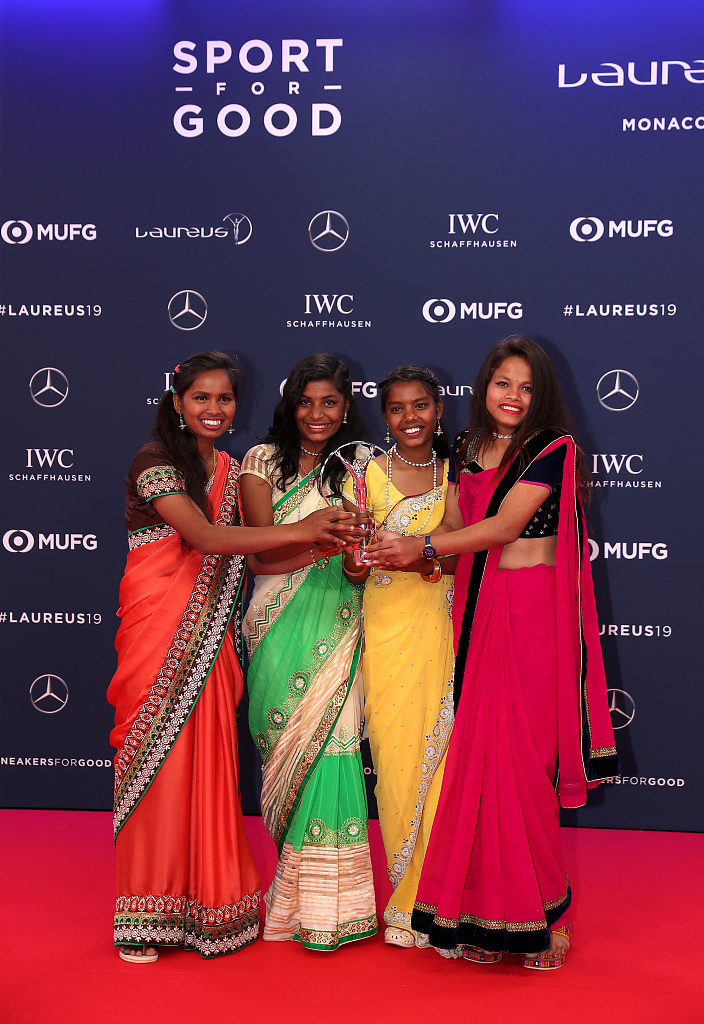 The Yuwa Football Girls team, a football-based charity from India smile with their Laureus Good for Sport Award. 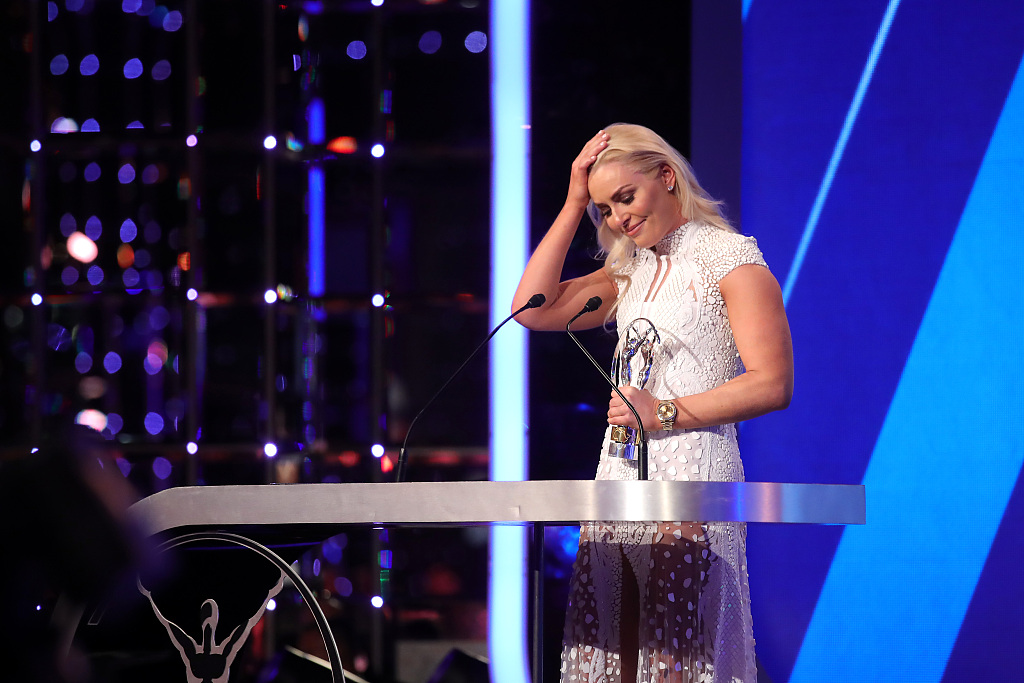 Lindsey Vonn, winner of the Laureus Spirit of Sport Award 2019, speaks on stage with her trophy. 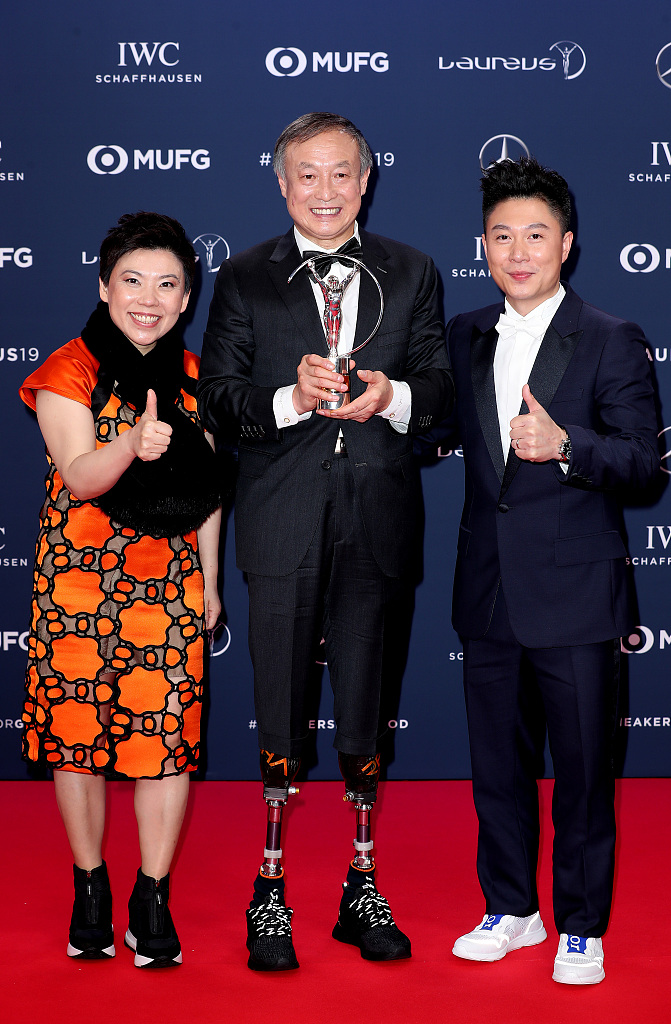