The 2019 Nobel Prize in Physics has been awarded to three scientists for "improving our understanding of evolution of universe and Earth's place in the cosmos," the Nobel Assembly announced on Tuesday in Stockholm. 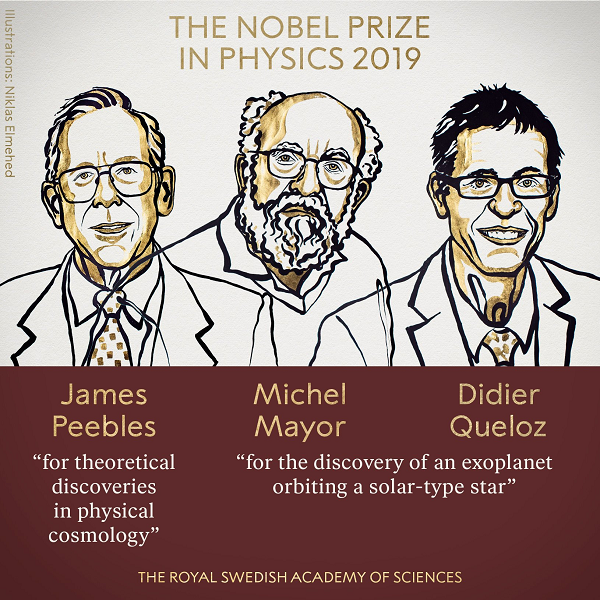 One half of the honor goes to U.S. scientist James Peebles "for theoretical discoveries in physical cosmology" and the other half to Swiss scientists Michel Mayor and Didier Queloz "for the discovery of an exoplanet orbiting a solar-type star," the assembly said.

Their discoveries have forever changed our conceptions of the world, according to the assembly.

Why did they win?

The work of Peebles, a professor of Princeton University, has contributed to our understanding of the universe's structure and history, according to the Nobel Committee.

His theoretical framework, developed since the 1960s, is the "basis of our contemporary ideas about the universe" from the Big Bang to the present day. .

Using his theoretical tools and calculations, he was able to interpret the traces from the infancy of the universe and discover new physical processes.

His discoveries have led to insights about our cosmic surroundings, in which known matter comprises just five percent of all the matter and energy contained in the universe. James Peebles' discoveries have led to insights about our cosmic surroundings, in which known matter comprises just five percent of all the matter and energy contained in the universe.

Mayor and Queloz, both from the University of Geneva, made the first discovery of a planet outside our solar system, an exoplanet - 51 Pegasi, orbiting a solar-type star in our home galaxy, the Milky Way in 1995. 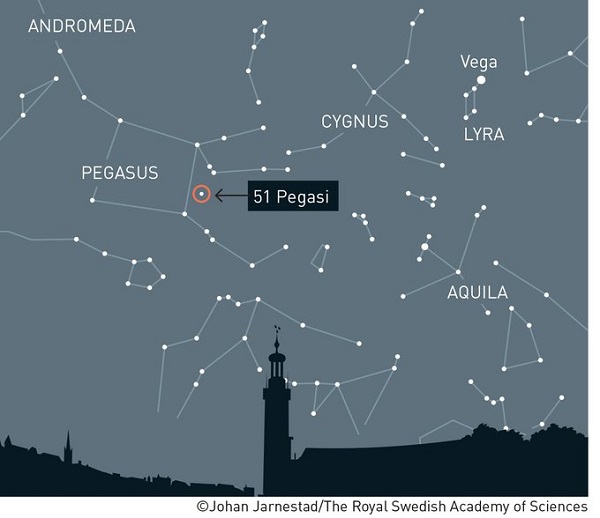 Michel Mayor and Didier Queloz discovered 51 Pegasi - the first exoplanet discovered orbiting a solar-type star in the Milky Way in 1995.

The discovery started a revolution in astronomy and over 4,000 exoplanets have since been found in the Milky Way. Strange new worlds are still being discovered, with an incredible wealth of sizes, forms and orbits.

With numerous projects planned to start searching for exoplanets, we may eventually find an answer to the eternal question of whether other life is out there. 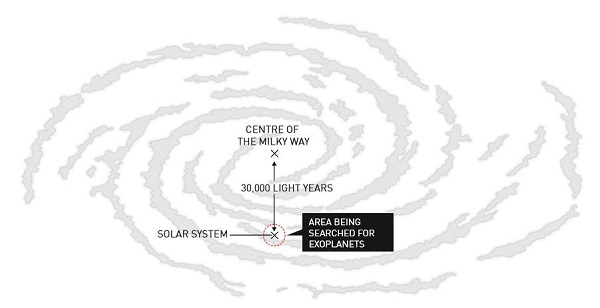 The Sun is one of several hundred million stars in our home galaxy, the Milky Way, and there should be planets orbiting most of those stars. So far, astronomers have discovered over 4,000 planets around other stars and they are continuing their search in the area of space closest to us.

Both are "ground-breaking" discoveries about the universe, according to the Nobel Committee.

"The first one, tracing the history back to an unknown origin, is so fascinating. The other one tries to answer these questions about: 'are we alone - is there life anywhere else in the Universe?'" said Ulf Danielsson, a member of the Nobel Committee.

Get to know the laureates

The three winners will share the prize money of 9 million krona (about 913,000 U.S. dollars)