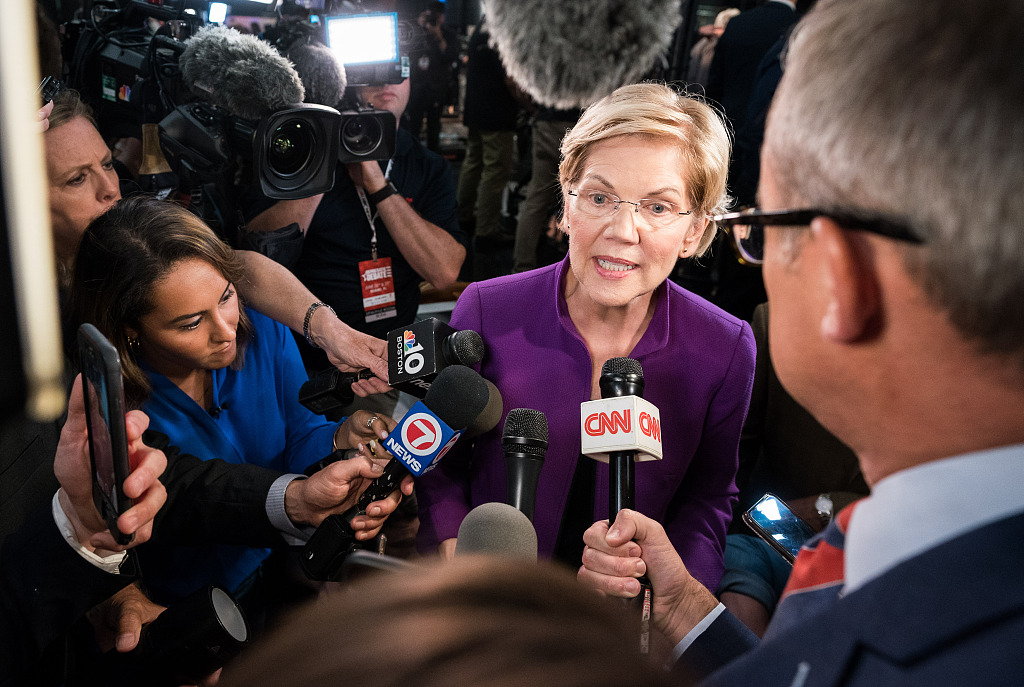 The White House hopefuls gathered as Trump's detention policies have sparked fierce Democratic pushback and intense public debate. They uniformly panned Trump's approach to immigration on a day when the president abandoned his contentious effort to add a citizenship question to the 2020 census.

Sen. Elizabeth Warren drew one of the biggest audience reactions of the night when asked about the issue.

Castro promised his administration would not put families in detention centers for crossing the U.S. border illegally.

"I will not stand by it. I'm not going to do it," he said. He said children who are being crowded in pens, away from their parents "are going to be traumatized for the rest of their lives."

Castro said his immigration plan would also address veterans who have been deported after serving in the military.

"One of the things I call for is to immediately ensure that veterans who have been deported can come back to the United States and pursue citizenship in the United States because they served our country honorably," he said. "They did their duty for our country. We owe them a debt of gratitude and the last thing we should do is see them deported away from their families."

Sanders sounded a rare personal note during his remarks by recalling that his father, Eli, was an immigrant who came to the United States from Poland as a 17-year-old "without a nickel in his pocket and could not speak one word of English." His father, Sanders added, is "the kind of person" Trump is seeking to prevent from emigrating today.

"We will end the hatred, we will the end the xenophobia that currently exists in this country," he said. "We will provide immediate legal status to the 1.8 million young people eligible for the DACA program." That program — Deferred Action for Childhood Arrivals — protects about 700,000 people, known as dreamers, who were brought to the U.S. illegally as children or came with families that overstayed visas.

Sanders continued: "We will move to comprehensive immigration reform and a path for citizenship for all 11 million undocumented. And we will develop a humane policy at the border, not one that criminalizes desperate people for having traveled a thousand miles."

The day began with Warren releasing a far-reaching immigration agenda that includes the remodeling of immigration enforcement agencies "from top to bottom" and new limits on the detention of migrants who enter the country.

Warren's plan would not go so far as to "abolish" U.S. Immigration and Customs Enforcement, a progressive effort last year that failed to reach critical mass even with Democratic voters and drew harsh criticism from Trump and the GOP. But she called for a wholesale reorientation at both ICE and U.S. Customs and Border Patrol, which enforces immigration laws at the border.