With about 15 months to go before the 2020 US presidential election, the battle among Democrats over who will face Donald Trump is showing more clarity. 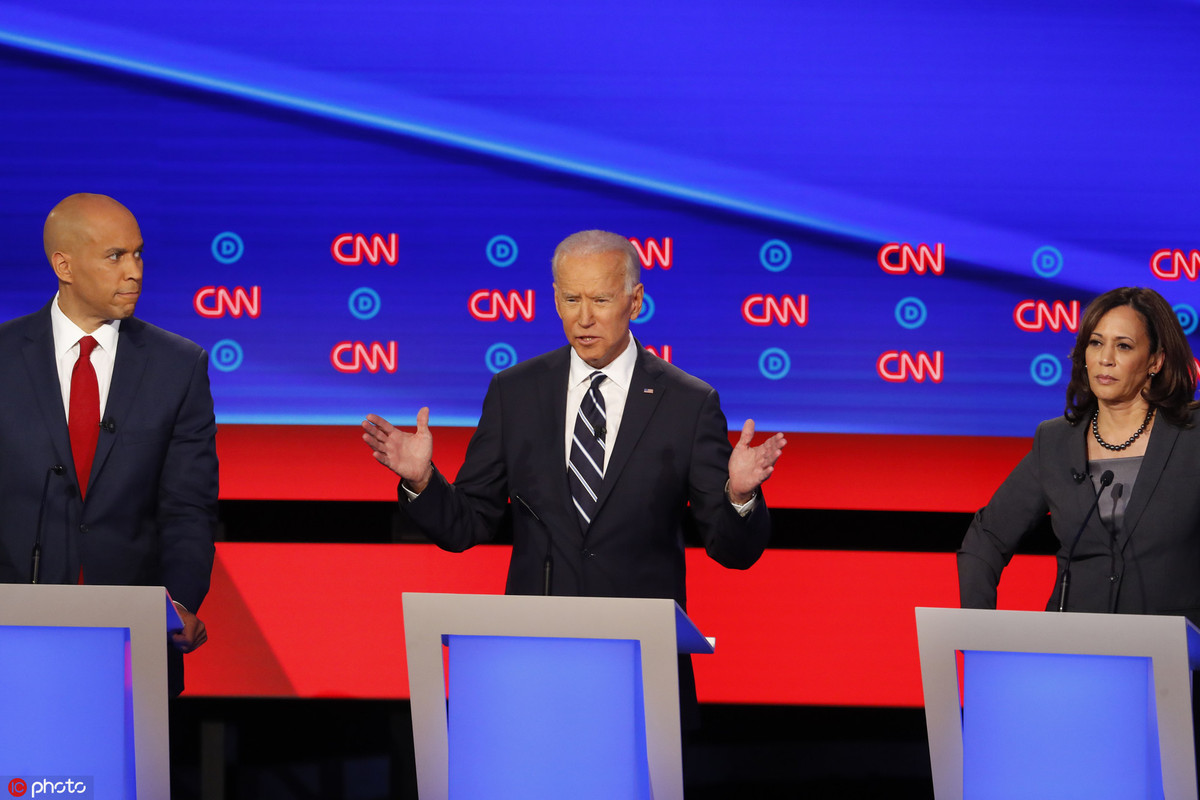 However, the poll also shows that the heretofore front-runner Biden has lost ground to Warren, US senator from Massachusetts, and Sanders, US senator from Vermont. They both polled at 20 percent, with Biden at 19.

"The main takeaway from this poll is that the Democratic race has become volatile," said Patrick Murray, who runs the polling institute at Monmouth in West Long Branch, New Jersey. "Liberal voters are starting to cast about for a candidate they can identify with. Moderate voters, who have been paying less attention, seem to be expressing doubts about Biden."

Biden, former vice-president under Barack Obama, has had some verbal miscues on the campaign trail recently, mistaking his location in New Hampshire for Vermont and misidentifying the cities where two recent mass shootings occurred.

"But they are swinging more toward one of the left-leaning contenders with high name recognition rather than toward a lesser-known candidate who might be more in line with them politically," Murray said.

Biden, 76, has looked to stake a more moderate ground, and his campaign has promoted him as the "most electable", meaning the candidate who would give the Democrats the best chance to defeat Trump, 73.

Warren, 70, and Sanders, 77, an advocate of socialist policies, represent the progressive wing of the party.

According to the Monmouth poll, Biden has lost support over the past two months among Democrats who call themselves moderate or conservative (from 40 percent to 22 percent), with the shift among these voters accruing to both Sanders (from 10 percent to 20 percent) and Warren (from 6 percent to 16 percent). Biden also lost support among liberals (from 24 percent to 15 percent).

The poll of 800 voters included 298 people considered registered Democrats or Democratic-leaning. It had a margin of sampling error of plus or minus 5.7 percent within that group and was conducted by telephone from Aug 16 to 20.

"It's important to keep in mind this is just one snapshot from one poll," Murray said. "But it does raise warning signs of increased churning in the Democratic nomination contest now that voters are starting to pay closer attention."

The Biden campaign said in a statement that the poll was based on a relatively small sample size, and that an average of polls by RealClearPolitics has him ahead of the field, The New York Times reported.

US Senator Kamala Harris was fourth in the Monmouth poll with 8 percent. Harris had gotten a bounce in the polls in June after she called out Biden in the first debate for his opposition to busing to racially integrate schools in the 1970s.

But in the next debate, in July, Harris faced sharp criticism by another Democratic presidential candidate, US Congresswoman Tulsi Gabbard of Hawaii, for her record as California attorney general. Harris has since dropped to single digits in several polls.

The Monmouth poll is one of those approved by the Democratic National Committee for deciding which candidates qualify for primary debates.

The next round of Democratic debates will be held Sept 12-13 at Texas Southern University in Houston. The 10 candidates who have already qualified for those debates are Biden, Sanders, Warren, Harris, Senator Cory Booker of New Jersey; Mayor Pete Buttigieg of South Bend, Indiana; former HUD secretary Julián Castro; Senator Amy Klobuchar of Minnesota; former representative Beto O'Rourke of Texas; and entrepreneur Andrew Yang, whose parents were born in Taiwan.