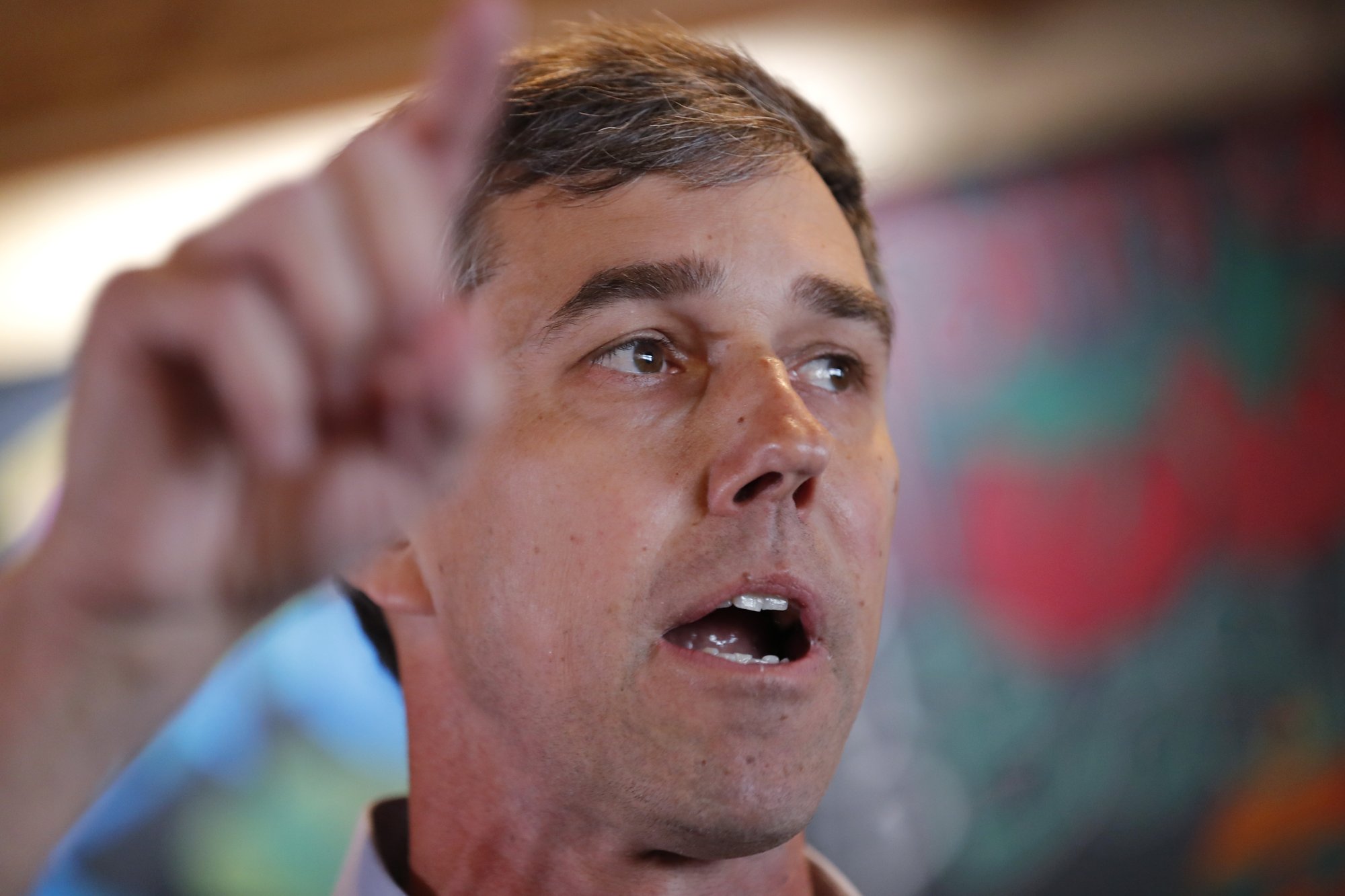 After waffling publicly for weeks over whether he’d run for president, Beto O’Rourke is now so committed that he’s literally running for votes.

O’Rourke began Saturday competing in a 5K road race in Iowa after a whirlwind of campaign events in the state since announcing his 2020 bid.

The Texas Democrat finished the run in North Liberty in about 25 minutes. He said he was on pace for a slower, 40-minute time in the roughly 3-mile race but began chatting about health care with a fellow runner, kept pace with him and finished faster.

Before the race, many runners posed for pictures or asked if O’Rourke was a regular runner — he frequently jogs — but there was little talk of politics.

The former congressman entered the presidential race on Thursday after months of speculation. He has four Iowa events scheduled Saturday.

Other highlights from Saturday’s campaigning:

Democratic presidential candidate Amy Klobuchar criticized President Donald Trump for his response to the deadly attack in a New Zealand mosque, telling voters in Iowa “it’s our job to stand up against” white supremacism.

Trump played down the threat posed by white nationalism on Friday after the mosque massacre that left 49 people dead. The man accused of the shootings has described himself as a white nationalist who hates immigrants.

Klobuchar spoke about the shooting during a campaign stop in Waterloo, Iowa, on Saturday. The Minnesota senator referenced Trump’s comments after a white nationalist rally in Charlottesville, Virginia, in 2017 when he said “both sides” were to blame for violence.

She said, “that other side was white supremacism.”

Another Democratic hopeful, Washington Gov. Jay Inslee, also criticized Trump, who he says “uses exactly the same language of this monster who shot Muslims and talked about the invaders.” He said the president “continually looks for dog whistles to spread hate rather than for looking for ways to search for the better angels of our nature.”

He said until the GOP joins “the scientific world and the rest of humanity in defeating climate change,” only one thing can be done: “Republicans must be defeated, and we should do that every chance we get. I’m totally committed to that.”

“And that’s during the next administration,” he said.

Inslee tied his climate change push to the current debate over whether to end the filibuster in the US Senate.

“Anything that gets in the way of defeating climate change needs to go,” he said.

Sen. Kirsten Gillibrand championed public service opportunities during a campaign stop in New Hampshire, saying the work could help treat some of the woes facing the country today.

The New York senator held a civic service round table in Manchester on Saturday as she finishes a two-day swing through the first-in-the-nation primary state.

Joe Biden is the scheduled headliner at a Democratic Party dinner in Delaware, his home state, as the former vice president considers whether to make a third White House run.

Biden, 76, who served as President Barack Obama’s closest adviser, is the only major contender still on the sidelines and has suggested he could remain there for several more weeks.