The ten costliest weather disasters worldwide this year saw insured damages worth $150 billion, topping the figure for 2019 and reflecting a long-term impact of global warming, according to a report Monday. 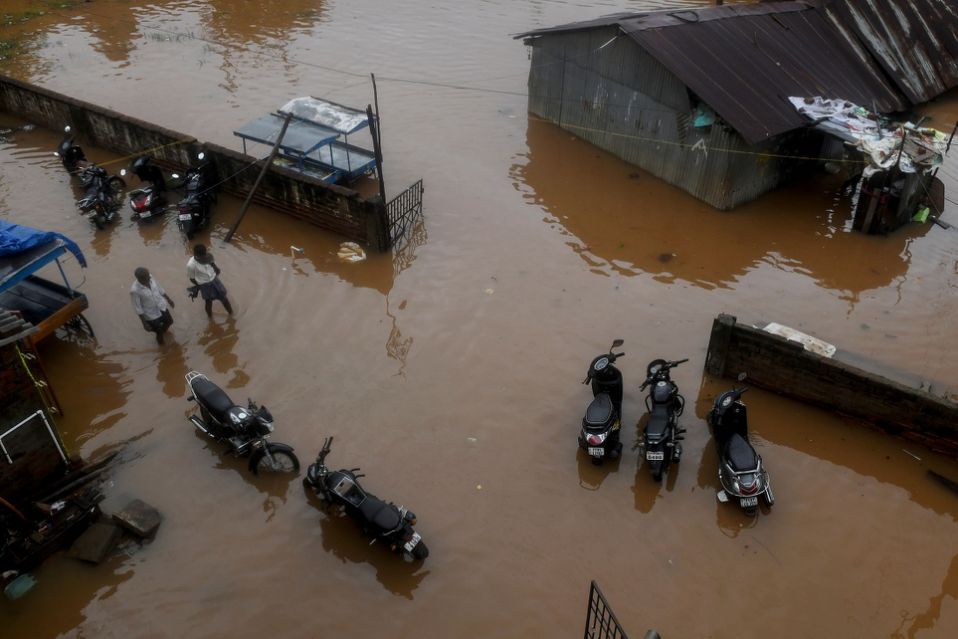 The same disasters claimed at least 3,500 lives and displaced more than 13.5 million people.

From Australia's out-of-control wildfires in January to a record number of Atlantic hurricanes through November, the true cost of the year's climate-enhanced calamities was in fact far higher because most losses were uninsured.

Not surprisingly, the burden fell disproportionately on poor nations, according to the annual tally from global NGO Christian Aid, entitled "Count the cost of 2020: a year of climate breakdown".

Only four percent of economic losses from climate-impacted extreme events in low-income countries were insured, compared with 60 percent in high-income economies, the report said, citing a study last month in The Lancet.

"Whether floods in Asia, locusts in Africa, or storms in Europe and the Americas, climate change has continued to rage in 2020," said Christian Aid's climate policy lead, Kat Kramer.

But more than a century of temperature and precipitation data, along with decades of satellite data on hurricanes and sea level rise, have left no doubt that Earth's warming surface temperature is amplifying their impact.

Massive tropical storms -- variously known as hurricanes, typhoons and cyclones -- are now more likely, for example, to be stronger, last longer, carry more water and wander beyond their historical range.

2020's record-breaking 30 named Atlantic hurricanes -- with at least 400 fatalities and $41 billion in damages -- suggest the world could see more such storms as well.

The World Meteorological Organization (WMO) had to use Greek symbols after running out of letters in the Latin alphabet.

Intense summer flooding in China and India, where the monsoon season brought abnormal amounts of rainfall for the second year running, are also consistent with projections on how climate will impact precipitation.

Five of the most costly extreme weather events in 2020 were related to Asia's unusually rainy monsoon.

"The 2020 flood was one of the worst in the history of Bangladesh, more than a quarter of the country was under water," said Shahjahan Mondal, director of the Institute of Flood and Water Management at the Bangladesh University of Engineering and Technology.

Wildfires that scorched record areas in California, Australia and even Russia's Siberian hinterland, much of it within the Arctic Circle, are also consistent with a warmer world, and a predicted to get worse as temperatures climb.

The planet's average surface temperature has gone up at least 1.1 degrees Celsius on average compared to the late 19th-century, with much of that warming occurring in the last half-century.

The 2015 Paris Agreement enjoins the world's nations to collectively cap global warming at "well below" 2C, and even 1.5C if feasible.

A landmark report in 2018 from the UN's IPCC climate science advisory panel showed that 1.5C is a safer threshold, but the likelihood of staying below it have grown vanishingly small, according to many experts.

"Ultimately, the impacts of climate change will be felt via the extremes, and not average changes," noted Sarah Perkins-Kilpatrick, a senior lecturer at the University of New South Wales' Climate Change Research Centre.

If the growing frequency and intensity of natural weather disasters is consistent with modelling projections, the new field of attribution science is now able to put a number on how much more likely such an event is due to global warming.

The unprecedented wildfires that destroyed 20 percent of Australia's forests and killed tens of millions of wild animals in late 2019 and early 2020, for example, were made at least 30 percent more likely, according to research led by Friederike Otto at the University of Oxford's Environmental Change Institute.

In Europe, meanwhile, the chance of deadly heatwaves occurring has risen nearly 100 fold compared to a century ago, according to recent research.

"Heatwaves and floods which used to be 'once in a century' events are becoming more regular occurrences," noted WMO Secretary-General Petteri Taalas.