WORLD 2021 Grammys to be postponed due to COVID-19 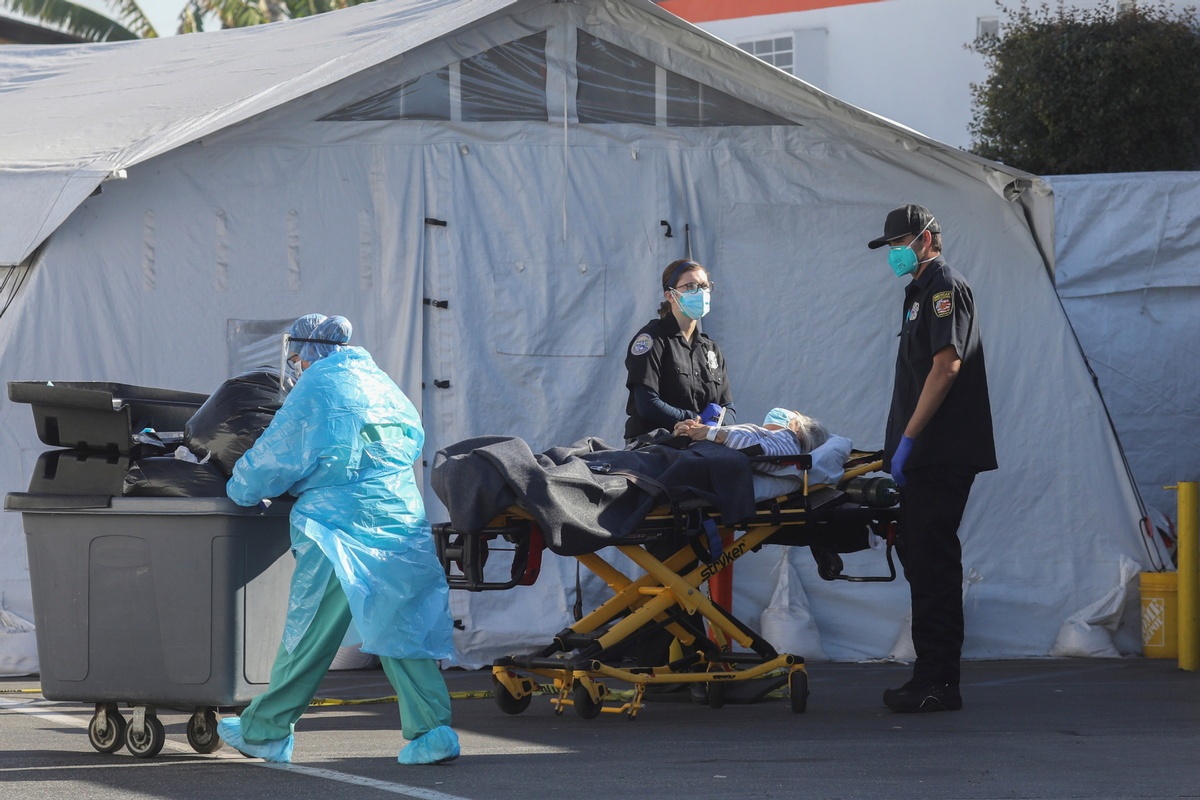 An ambulance crew waits with a patient outside the Coast Plaza Hospital emergency room during a surge of coronavirus disease (COVID-19) cases in Los Angeles, California, US on Dec 26, 2020. (Photo: Agencies)

LOS ANGELES -- The 2021 Grammys, originally scheduled to be held with a limited audience at STAPLES Center in Los Angeles on Jan 31, was reported Tuesday to be postponed due to concerns over the spread of COVID-19 in the second largest city of the United States.

Rolling Stone, a leading entertainment media in the country, reported that multiple sources had confirmed the news and organizers had not made decision when the annual most important ceremony for music industry would be held.

"Sources say they are aiming to hold the event sometime in March," the report said.

The 2021 Grammy nominations were led by Beyonce who picked up nine nominations, while Dua Lipa, Taylor Swift and Roddy Ricch followed behind with six nods each.

According to the restriction rules due to the pandemic, this year's Grammys would only allow presenters and performers to show up on-site at the night, meaning even nominated artists wouldn't have been allowed on-site.

Speaking on CBS on Sunday, Los Angeles Mayor Eric Garcetti said Los Angeles County was recording a new COVID-19 case every 6 seconds, while an official tweet on Tuesday said that "1 in 5 people getting tested for #COVID19 in LA County is testing positive."