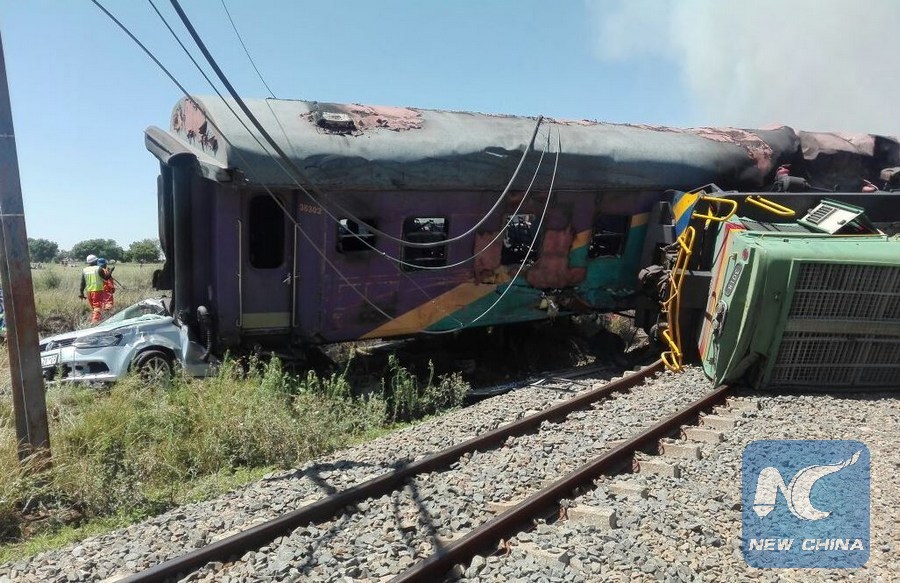 Metrorail spokesperson Lilian Mofokeng said at the scene that the incident happened at around 6:45, as a train crashed into another stationery train from the back at the platform. The moving train was actually authorized to get into the same section.

She confirmed 226 people have been injured in the accident. "We will be setting up a board of inquiry to help us understand the details of what could have caused the accident," she said.

Metrorail is responsible for transporting up to 2 million passengers daily in Gauteng, Western Cape, KwaZulu-Natal and Eastern Cape.

This is the second train accident in five days. A train collided with a truck leading to 19 people burnt to death last Thursday. After the incident, Transport Minister Joe Maswanganyi blamed the truck driver for the tragedy, saying "he was taking chances" and "he thought he was going to pass through" when the train ran toward him.