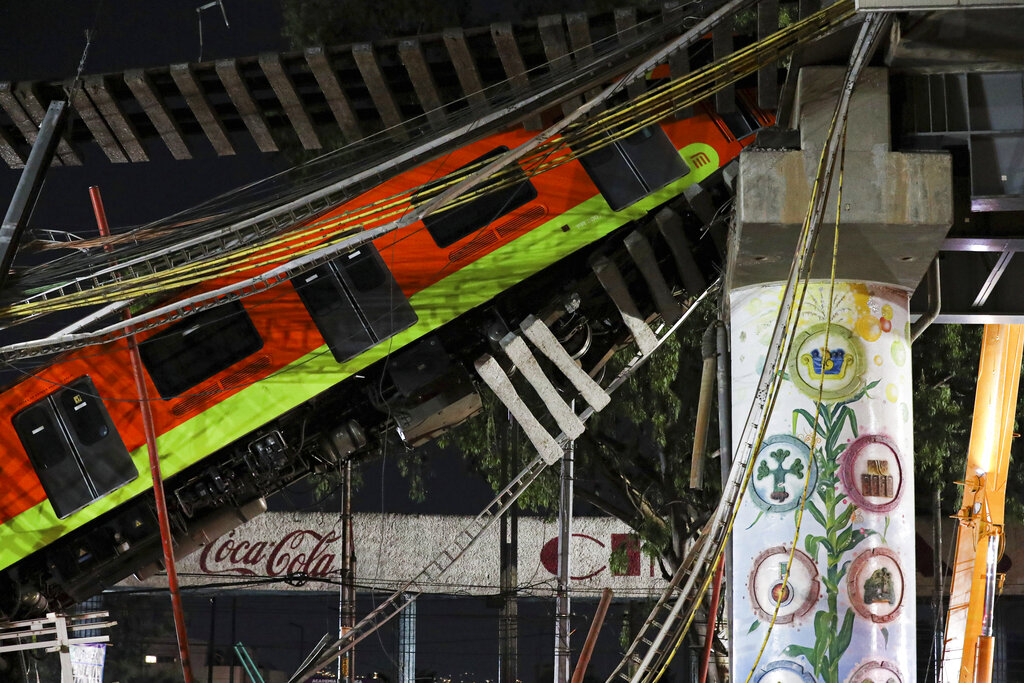 Mexico City's subway cars lay at an angle after a section of Line 12 of the subway collapsed in Mexico City, Tuesday, May 4, 2021. The section passing over a road in southern Mexico City collapsed Monday night, dropping a subway train, trapping cars, and causing at least 50 injuries and several dead, authorities said. (Photo: AP)

MEXICO CITY, May 4 (Xinhua) -- At least 23 people were killed and 70 others injured after a metro bridge collapsed in southern Mexico City Monday night, according to local authorities.

Authorities said on social media that 49 of the injured have been rushed to hospital.

In an interview with local TV station on Tuesday, Mexico City mayor Claudia Sheinbaum said that the accident occurred Monday when a concrete beam collapsed just as a subway train was passing.

"The corresponding investigations will be carried out to publicize the causes of the accident. We are very sorry for what happened," she said.

At the moment, the rescue operation has been interrupted because the train which had fallen is at an unstable condition and authorities do not rule out a major collapse.

The Metro 12 line that runs over the collapsed overpass was put into use since 2012.