Philippine police say rescuers have plucked more bodies in rough seas where three ferry boats capsized after being buffeted by fierce wind and waves off two central provinces, bringing the death toll to 25 with six missing. 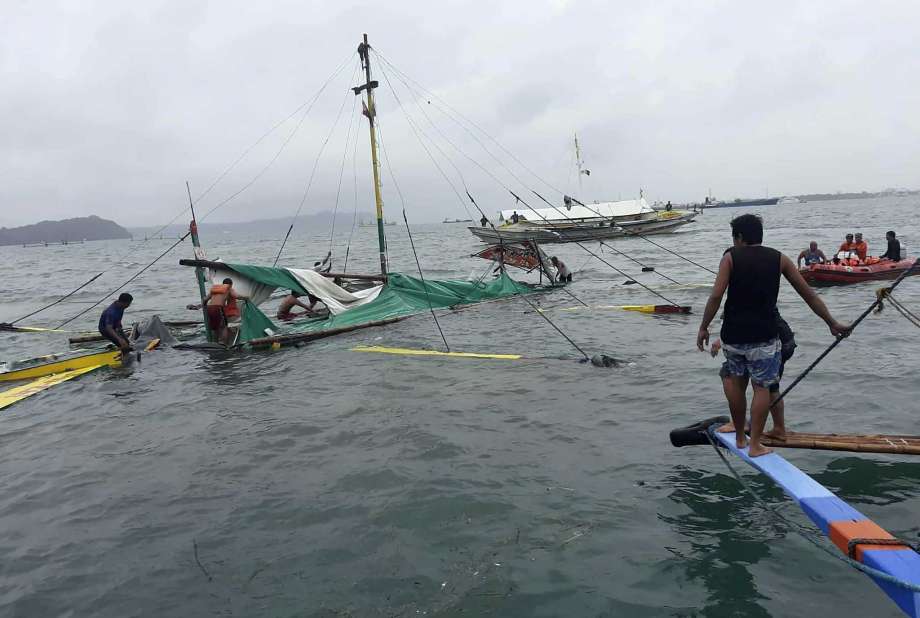 In this photo provided by the Philippine Red Cross, rescuers checks the remains of a ferry boat after it capsized due to bad weather in the waters between Guimaras and Iloilo provinces, central Philippines on Saturday Aug. 3, 2019. (Photo: AP)

Regional police spokesman Joem Javier says the dead were mostly passengers of two ferries that flipped over in sudden gusts of wind and powerful waves Saturday off Guimaras and Iloilo provinces. Fifty-five other passengers and crew were rescued.

Javier said Sunday a third ferry, which was not carrying any passenger, also capsized in the Iloilo Strait but its four crewmen survived.

Forecasters have warned of heavy monsoon rains, thunderstorms and rain-triggered landslides amid a tropical depression more than 1,000 kilometers (621 miles) off the country's eastern coast.