TRIPOLI, May 8 (Xinhua) -- About 25 illegal immigrants have been rescued off the Libyan coast and brought back to Libya, said the International Organization for Migration (IOM) Thursday.

"Tonight, IOM staff who were at Tripoli main port awaiting the disembarkation of roughly 25 migrants, had to evacuate the location as it came under shelling," the IOM tweeted.

"The migrants remain on the coast guard vessel," the IOM said.

Following the 2011 uprising that toppled late leader Gaddafi, Libya became a preferred point of departure for thousands of illegal immigrants towards Europe.

Many immigrants are detained in shelters across Libya with poor living conditions, despite international calls to close those centers.

The IOM has repeatedly called for an end to disembarkation of immigrants in Libya, due to the deteriorating security conditions in the country.

The east-based army has been leading a military campaign in and around Tripoli since April 2019 in an attempt to take over the city and topple the UN-backed government.

The fighting has killed and injured thousands of people, and displaced more than 150,000. 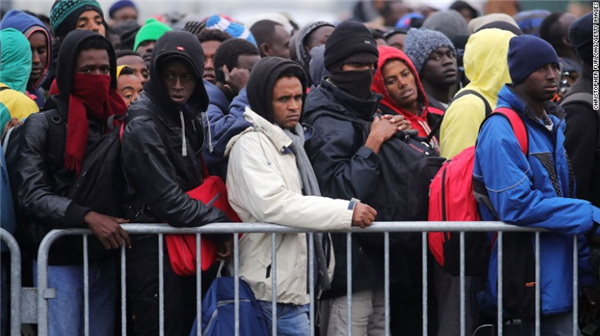