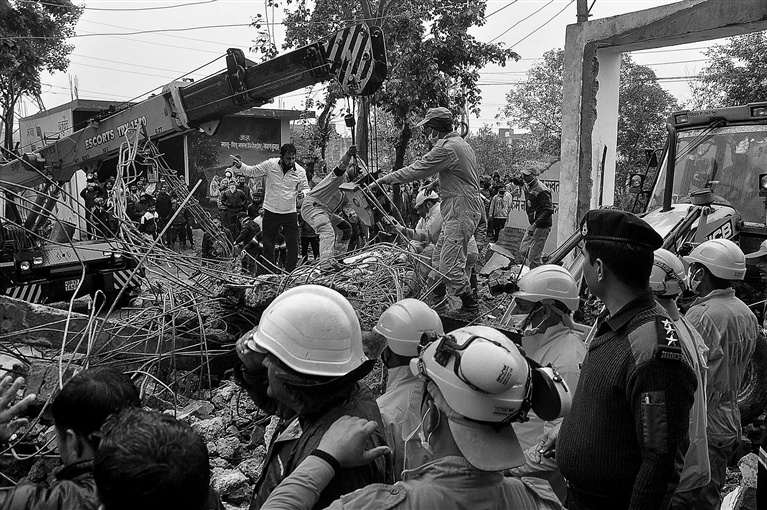 AT least 25 people have been killed and more than a dozen were injured after the cement roof of a shed at a crematorium in the town of Ghaziabad in Uttar Pradesh, India, collapsed Sunday.

Most of the victims were relatives of a local fruit farmer who came to attend his funeral. Others were waiting for the bodies of their deceased family members to be cremated.

They were taking shelter at the shed amid heavy rains when the structure suddenly collapsed.

Local reports said the death toll could increase as some of the victims have sustained serious injuries.

Rescuers searched through the rubble for hours to ensure that no more victims were trapped in the area.

Later in the evening, a police report was released citing culpable homicide against some government officials and a contractor.

Authorities are looking at the angle of structural defect as a possible reason for the collapse of the shed.