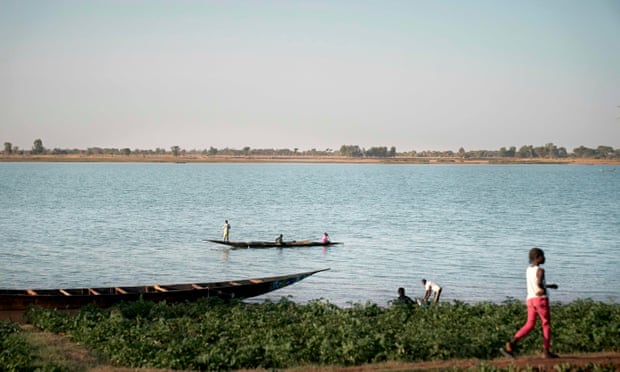 The boat had been travelling between central Niger state and Wara in northwest Kebbi state when it sank in the Niger River. (File photo: AFP)

LAGOS, May 27 (Xinhua) -- At least 26 persons have been confirmed dead and 98 others are still missing after a boat capsized on Wednesday in the River Niger in north Nigeria, the police said Thursday.

Adamu Usman, the police chief of Niger state, confirmed the figures to reporters at a press briefing in Minna, the state capital, adding the boat with 150 passengers capsized on Wednesday morning in the river while on its way to a market in neighboring Kebbi state from a village in Niger state.

"Preliminary investigation showed that the boat took off from Tungan Mairakumi village with 150 passengers on board on its way to Wara market in Kebbi," Usman said, adding the boat capsized midway and so far 26 people were rescued and rushed to a hospital in Wara local government area of Kebbi.

"We are still searching for the remaining 98 passengers," he told reporters.

A district official in Kebbi state was quoted by local media on Wednesday as saying that the tragedy was a result of overloading.

Boat accidents are not uncommon in Nigeria due to overloading and faulty operation. The boat mishap happened about three weeks after a boat sank in Niger state on May 8, killing at least 28 people.