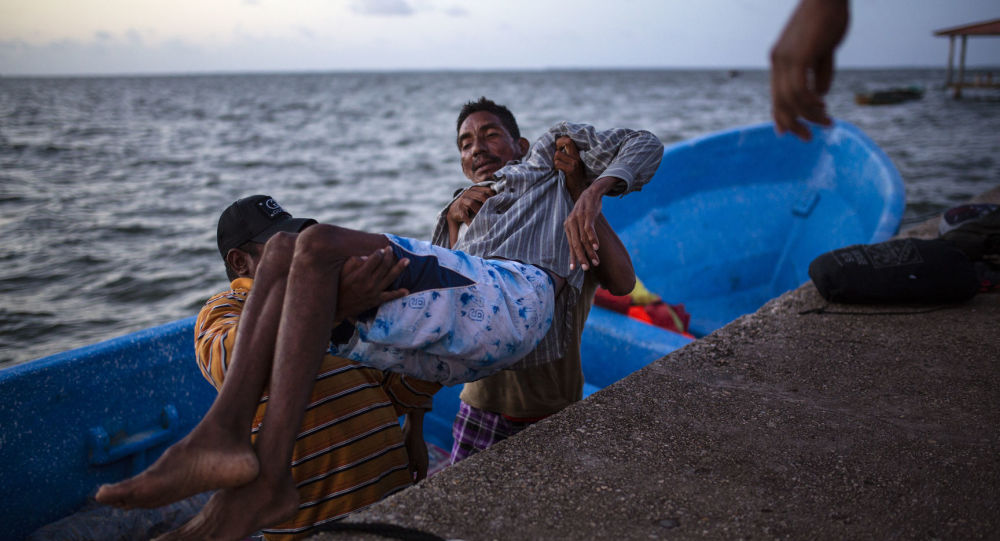 At least 26 people died Wednesday when their fishing boat sank off the Caribbean coast of Honduras, the country's military said.

Armed forces spokesman Jose Meza said that 47 people however survived when the vessel sank off the remote coastal Mosquitia region.

Meza said the  boat, the 70-tonne "Wallie," set sail from Cabo Gracias a Dios -- on the country's easternmost point bordering Nicaragua -- packed with fisherman after a seasonal ban on fishing for lobster was lifted.

The boat sank for unknown reasons near Cayo Gorda, a tiny island just northeast of their point of departure.

Meza added that the bodies and the survivors will be taken to Puerto Lempira, the main city in eastern Honduras.

Hours before the "Wallie" sank, another overloaded fishing boat in the same area went under.

Meza said that 40 people were rescued from that boat, which had a capacity to carry 31 people.

The head of the Honduran Merchant Marine, Juan Carlos Rivera, told HCH television that reports from the remote region were incomplete, but that experts will begin to look into what happened to prevent such deadly accidents from taking place again.

Rivera said that authorities have suspended navigation permits for boats for up to three years whose owners bring on too many fishermen.

The captain of the "Wallie," Austin Hyalock Almendares, sent out the SOS just before dying, local press reported.