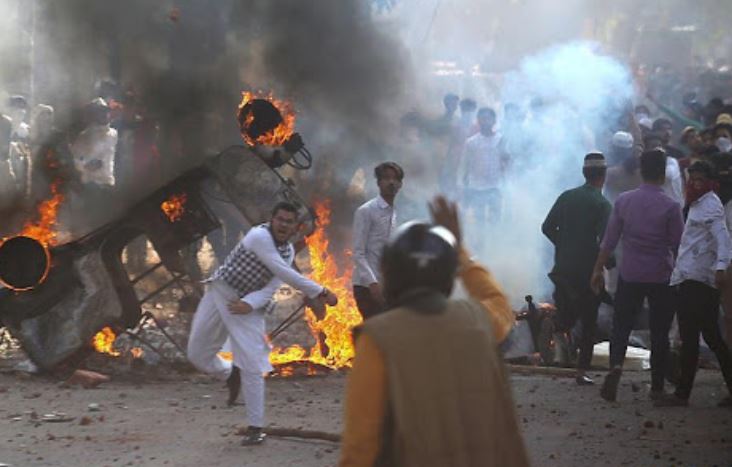 NEW DELHI, Feb. 26 (Xinhua) -- The death toll in the communal violence in the Indian capital rose to 27 and more than 200 people were injured on Wednesday evening, health officials said.

While 25 deaths have been confirmed at Guru Teg Bahadur hospital, the other two deaths were reported at Lok Nayak Jai Prakash Narayan hospital.

The dead include a policeman and a junior-level official of Intelligence Bureau.

India's main opposition Congress party has demanded the resignation of Home Minister Amit Shah and blamed him for the violence.

Indian Prime Minister Narendra Modi appealed for "peace and brotherhood," and said he has held an extensive review of the situation in various parts of the national capital.

Delhi Chief Minister Arvind Kejriwal Wednesday morning said curfew should be imposed and army called in to contain the violence. According to Kejriwal, police were unable to control the situation

Communal violence broke out in the northeastern part of the city following which mobs armed with sticks and rods resorted to arson, looting and vandalism.

Reports said many people are leaving their homes in the affected areas and taking shelter in other safer locations.

The clashes broke out between pro- and anti-Citizenship Amendment Act (CAA) groups in the northeastern part of the city on Sunday and took an ugly turn on Monday and Tuesday.

Protests against the controversial new citizenship law were triggered on December 11, the day India's upper house of parliament passed the law. Since then there has been no let-up in the protests.

So far, the violence against the law has killed over 50 people across India.