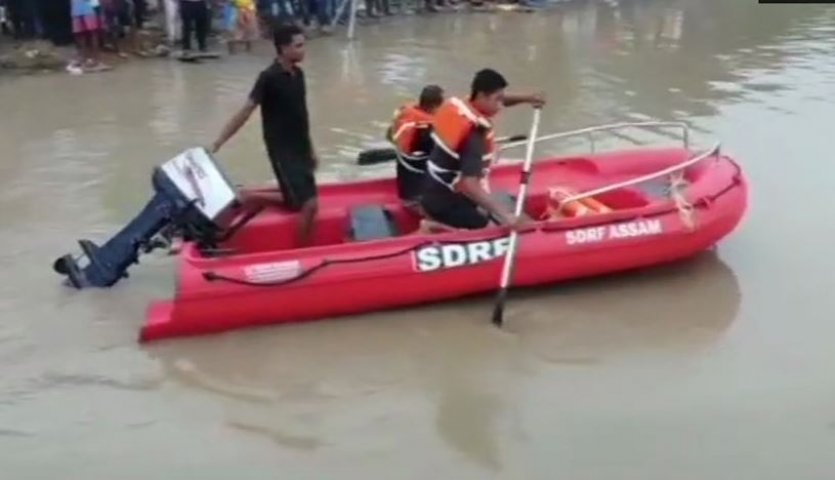 Police officer Mihirjit Dayan said the boat was bringing 40 people to Gauhati, the capital of Assam state, from a village across the river.

He said 12 people were rescued and a search is ongoing for the 28 missing.

The boat sank after hitting a tower for an under-construction water project, he said.

Heavy monsoon rains have flooded large parts of India. More than 1,000 people have died in seven states since the monsoon season started in June.