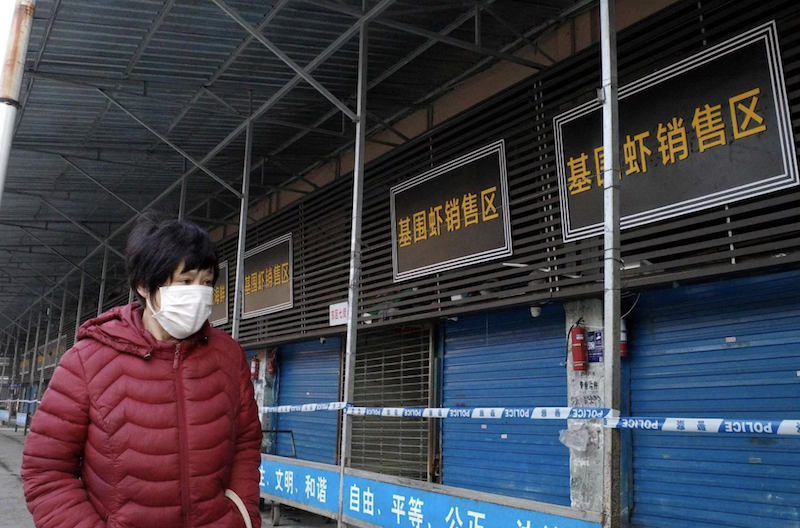 The Huanan Wholesale Seafood Market has been closed since January 1. (Photo: AFP)

BANGKOK, Jan. 17 (Xinhua) -- A second Chinese tourist from Wuhan city to Thailand has been found infected with coronavirus, said a senior government official on Friday.

The 74-year-old female tourist, who was reported to have had a fast heart beat and a high fever at Suvarnabhumi airport, was sent to Bamrasnaradura Institute hospital where she was found in a lab test to have been infected with coronavirus, Public Health Ministry Permanent Secretary Sukhum Kanchanaphimai said in a press conference.

Meanwhile, the first Chinese female tourist from Wuhan, who was earlier found infected with the new virus, has already recovered and will return home in the next few days, Sukhum said.

From Jan. 3 until Jan. 16, more than 13,000 tourists from Wuhan have arrived in Thailand via four major airports, namely Don Mueang, Phuket, Chiang Mai and Suvarnabhumi.

Of that total, a dozen were found to have had a flu without coronavirus, Sukhum confirmed.

The number of airline passengers from Wuhan to Thailand is expected to rise from about 1,200 to about 1,800 daily during Chinese New Year festival later this month.

Airport authorities have stepped up measures to check out for the new virus with which travelers from Wuhan might be infected, he said.