2nd dose of AstraZeneca vaccine no longer recommended in Canada 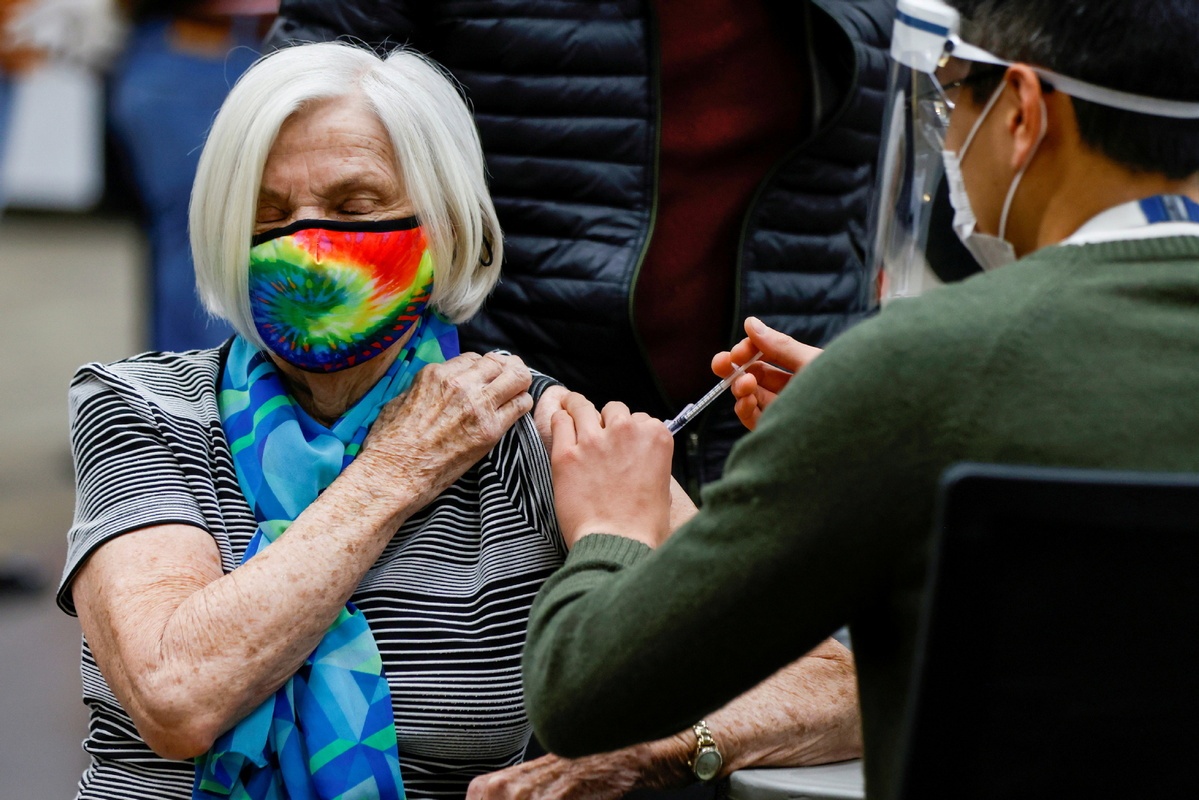 A patient receives a COVID-19 vaccine at a clinic, as efforts continue to help slow the spread of the coronavirus disease, in Ottawa, Ontario, Canada March 30, 2021. (Photo: Agencies)

OTTAWA, June 17 (Xinhua) -- Canada's National Advisory Committee on Immunization (NACI) recommends Canadians who received a first shot of AstraZeneca vaccine should get Pfizer or Moderna vaccine for their second shot.

On June 1, NACI said AstraZeneca recipients could choose whether to get a second dose of the same vaccine, or an mRNA vaccine. But in new guidance released Thursday, NACI said Pfizer or Moderna are now "preferred" as the second dose.

"An mRNA vaccine is now preferred as the second dose for individuals who received a first dose of the AstraZeneca/COVISHIELD vaccine, based on emerging evidence of a potentially better immune response from this mixed vaccine schedule," NACI said in a statement Thursday afternoon.

The new recommendation is based on growing evidence that a second dose of an mRNA vaccine produces a stronger immune response, and because of the low but serious risk of vaccine-induced blood clots associated with getting AstraZeneca.

It doesn't mean people can't still choose AstraZeneca if they want, or if they are allergic to the mRNA vaccines.

As of June 5, 2.1 million Canadians had received one dose of AstraZeneca, and 15,186 people got two doses.

NACI said Canadians can easily shift to an mRNA-based immunization campaign because Canada is poised to receive a flood of shots from Pfizer and Moderna in the coming weeks, with 14 million more doses set to arrive this month.

NACI also said evidence emerging from studies in Germany suggests mixing one dose of AstraZeneca with a second dose of a Pfizer vaccine can actually produce "a potentially better immune response, including against variants of concern" than two doses of AstraZeneca alone.

"Evidence continues to suggest a first dose of the AstraZeneca vaccine followed by a second dose of the Pfizer-BioNTech mRNA vaccine has a good safety profile," NACI said.

NACI also recommends that mRNA recipients receive a second shot of whatever product they received first. The second shot should match the first unless "the same product is not readily available, or the product used for the first dose is unknown."

It added the two mRNA products can be considered interchangeable.