WORLD 2nd US case of person who got virus from community

2nd US case of person who got virus from community 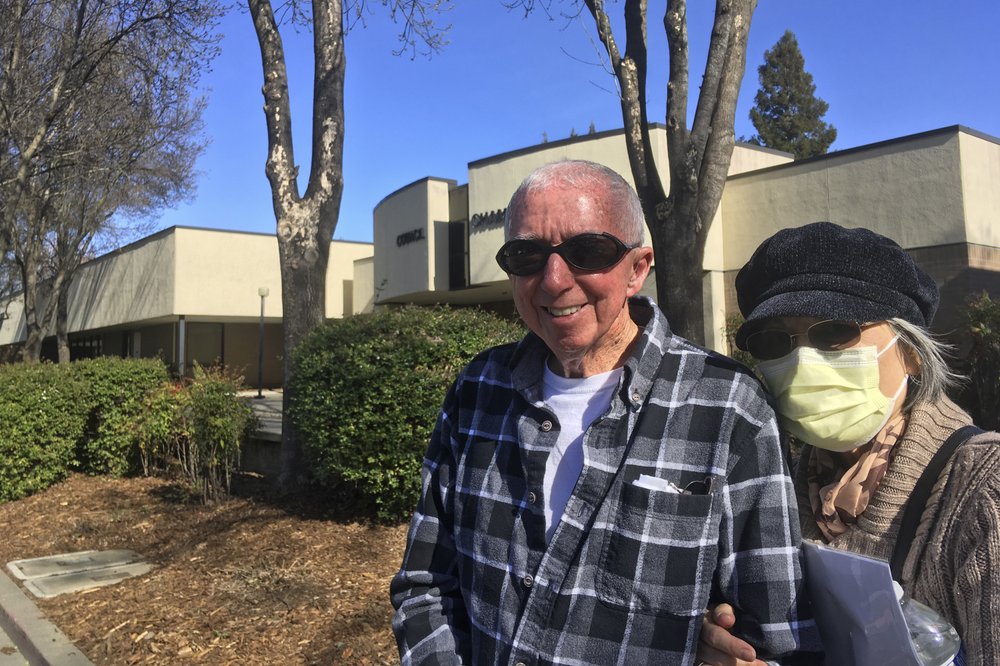 Eugenia Kendall, right, wears a mask outside of the Vacaville City Hall while standing with her husband, Ivan, Thursday, Feb. 27, 2020, in Vacaville, Calif. (Photo: AP)

Health officials have confirmed the second case of novel coronavirus in the United States believed to have been transmitted to a person who didn’t travel internationally or come in close contact with anyone who had it.

The US Centers for Disease Control and Prevention said Friday that officials are “aware of a second possible instance of community spread of COVID-19 in California.” The CDC said in a statement that the patient has tested positive for the virus and is considered a presumptive positive case.

Health officials in San Jose said the patient was an older adult woman with chronic health conditions who does not have a travel history or any known contact with a traveler or infected person. It comes a day after state officials said a woman hospitalized at UC Davis Health Center in Sacramento had contracted the illness after no known contact.

“This new case indicates that there is evidence of community transmission but the extent is still not clear,” said Dr. Sara Cody, Health Officer for Santa Clara County and Director of the County of Santa Clara Public Health Department.

Solano County Public Health Officer Dr. Bela Matyas said public health officials have identified dozens of people — but less than 100 — who had close contact with the woman. They are quarantined in their homes. and a few who have shown symptoms are in isolation, Matyas said.