Three Chinese nationals were among the four killed in a blast at Karachi University, the Chinese Embassy in Pakistan told Global Times on Tuesday. 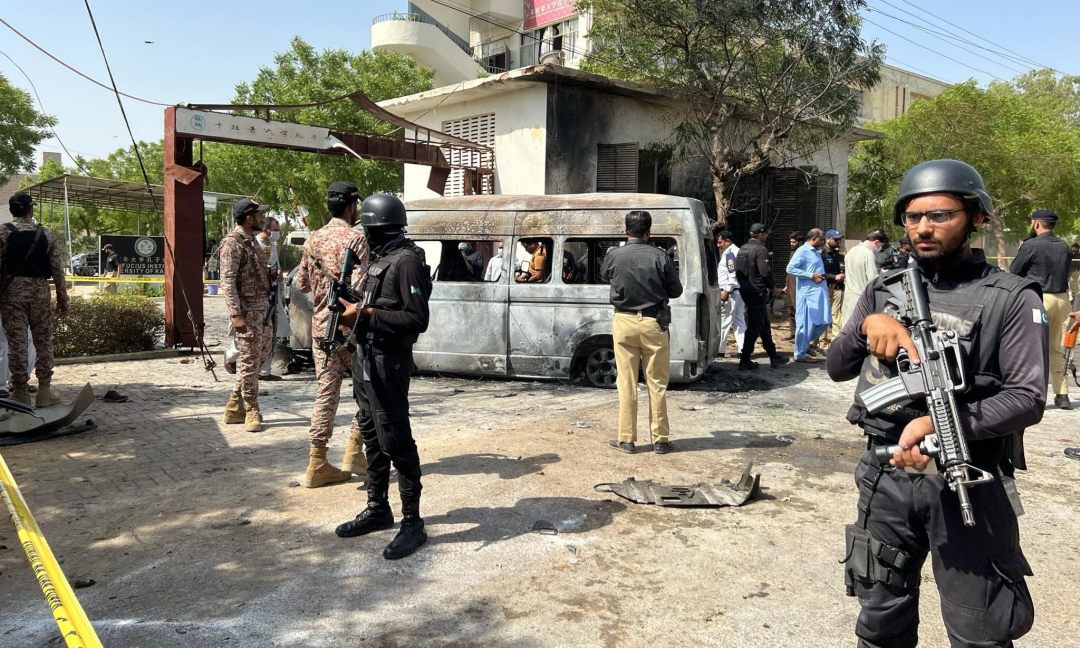 The explosion occurred inside a van parked in the university, which caught fire following the blast, local media reports said.

The nature of the blast has not been determined yet, and police said that they have called in bomb disposal squad to determine whether the incident was a terrorist attack or an accident.

Identities of the injured people have not been officially confirmed, and the wounded have been shifted to a nearby hospital, according to the reports.