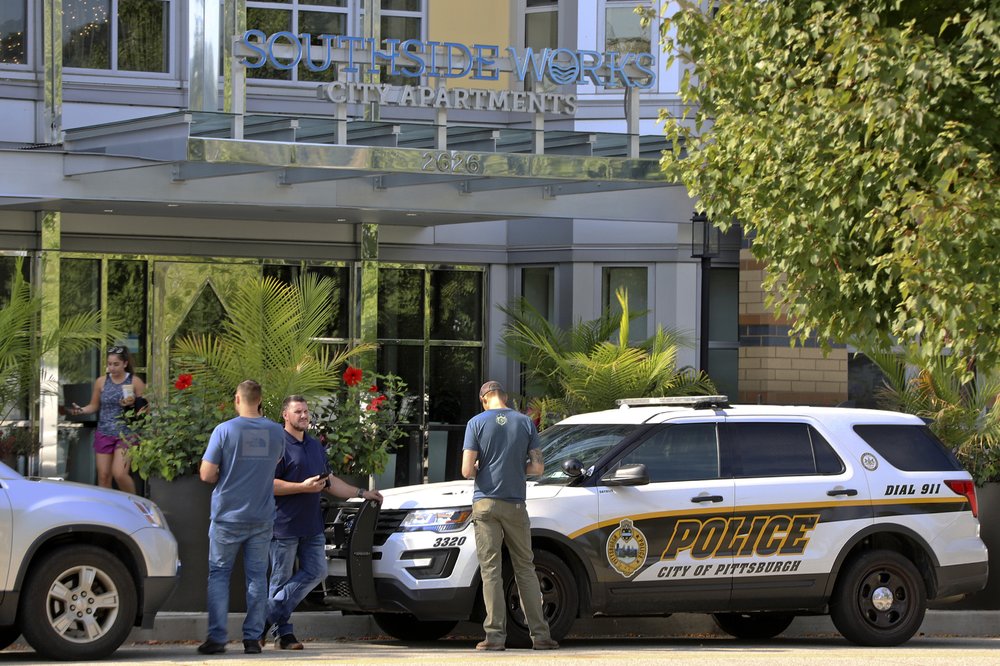 Pittsburgh police investigators gather outside an apartment building on the city's South Side where police say multiple people are dead and others are hospitalized in what they're calling a "medical situation" September 22, 2019 in Pittsburgh, Pennsylvania.  (Photo: AP)

Three people were killed and four others were hospitalized early Sunday in what police said appeared to be a mass drug overdose.

The victims, all men, appear to have taken narcotics at the same time and in the same place in an apartment on Pittsburgh’s South Side, authorities said. It wasn’t immediately clear which drug or combination of drugs was involved. Investigators were interviewing survivors at the hospital.

All of the victims were wearing orange paper bands on their wrists. Police determined the victims initially went to a venue together, then headed to the apartment where they overdosed.

“To be clear, this was not a case of a tainted drug being passed around or distributed in large volume at a large venue which could have affected even more people. It appears to have been isolated to a single location,” the Pittsburgh Department of Public Safety said in a statement. “However, police are concerned about a tainted, potentially deadly batch of drugs in the community.”

Five of the victims were found in an apartment, one in an elevator outside the apartment and one on the street. The hospitalized victims’ conditions ranged from serious to critical.

The apartment building said the victims were not tenants of the building, but knew someone who lived there.