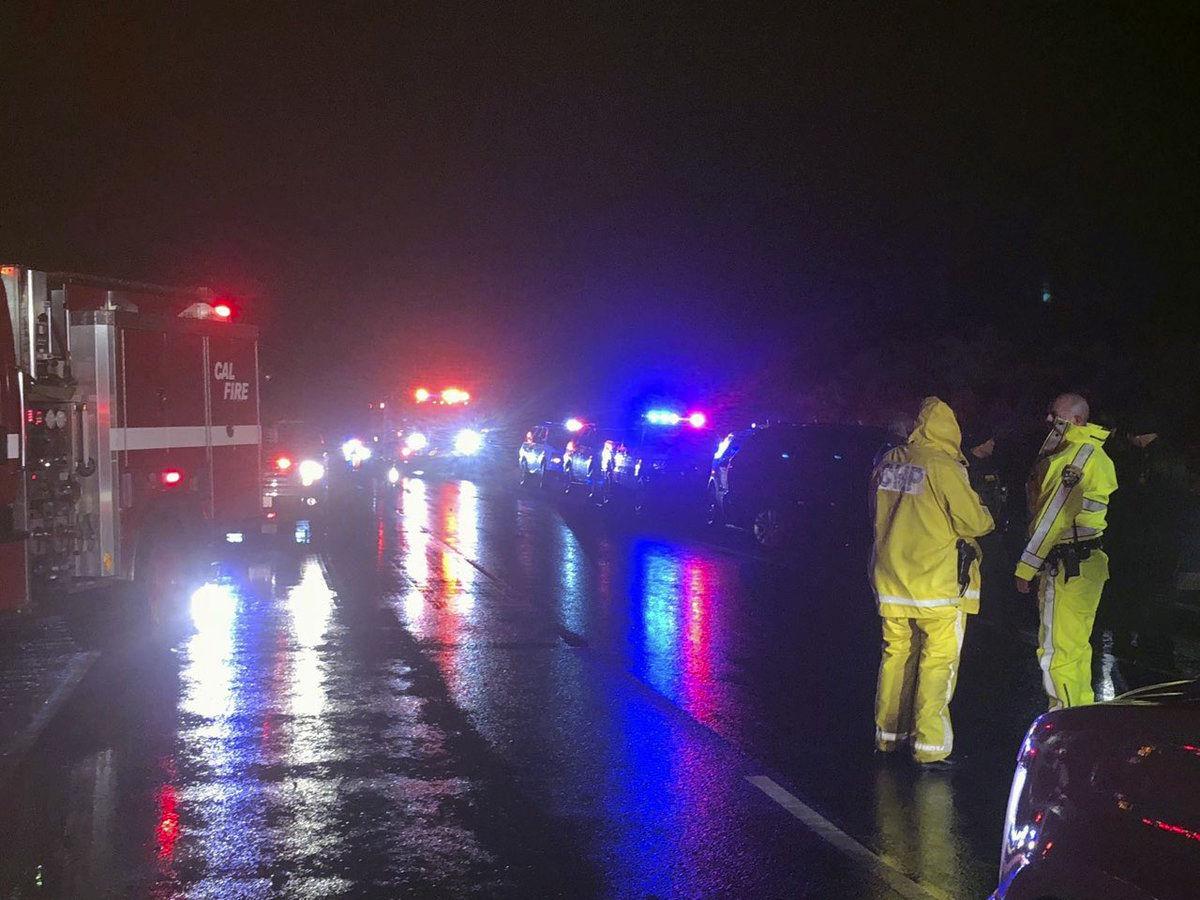 An attempt to smuggle immigrants into the country illegally ended with three people dead and eight seriously injured in a remote, rugged area of California near the Mexican border.

The incident began Thursday afternoon when agents discovered tire tracks for several cars that ran from the international border north into the U.S. The agency calls such incidents "drive-throughs," or instances in which cars illegally enter the U.S., often through remote areas that don't have border fencing.

They found a piece of a vehicle that they recognized as likely being from a pickup truck spotted nearby 10 minutes later. Agents tried to stop the pickup, but it fled, entering and exiting Interstate 8 twice and weaving through traffic at speeds of up to 100 mph, according to witnesses.

Agents then deployed a tire deflation device, and the truck lost control within a minute, crashing and rolling over.

California authorities say one woman and two men were killed in the crash on westbound I-8 about 60 miles (96 kilometers) east of San Diego.

California Highway Patrol spokesman Officer Travis Garrow says a male driver and a female passenger were believed to be seated in the cab of the truck, and nine men were in the bed.

Authorities haven't identified anyone involved in the crash.

The crash occurred in a sparsely populated area of rugged oak- and chaparral-covered mountains on the main highway between San Diego and Arizona. Migrants typically walk across the border several miles south, where there are few or no physical barriers, and hide in the boulders and brush for hours, even days, for smugglers to pick them up on the side of a paved rural road.

It is one of the busiest corridors for illegal crossings on California's border with Mexico. The Border Patrol uses motion and ground sensors as well as cameras, but it is still viewed by smugglers and migrants as a route with better chances of success than San Diego.

It wasn't immediately clear if any of the immigrants in the truck were involved in the migrant caravan from Central America, although the Border Patrol says that the ones who survived are all Mexicans.

Agency spokeswoman Takae Michael said the pickup was traveling with another car before agents spotted it. Agents later found that car abandoned in the driveway of a home, and they arrested 12 people who also were believed to be involved in smuggling.

The Border Patrol has been involved in several fatal pursuit crashes, including one in Texas this June in which five of 12 passengers in a car being chased by agents died. In March 2016, two people were killed while in a car that was fleeing Border Patrol agents on I-8 near Yuma.

Border Patrol policy states agents can only chase vehicles when the benefit outweighs any immediate danger of such pursuits. It also states that agents can use tire-deflating devices if a vehicle they're trying to stop fails to do so, but that agents should consider how safe it is to do so, like whether there are other cars around and what the area's topography is.

The agency's vehicle pursuit policy was overhauled in the 1990s after a Border Patrol chase in California's Riverside County ended in a deadly crash near a high school. Four students and a father who was driving his son to school were killed.

Josiah Heyman, the director of the Center for Inter-American and Border Studies at the University of Texas at El Paso, said the Border Patrol's use of vehicle pursuits has been problematic.

He says agents aren't usually involved in chasing high-level criminals, but rather immigrants who, if they crossed illegally, would face a misdemeanor count of illegal entry or a felony one if they'd done so before.

Large numbers of immigrants are usually packed in cars when they're being smuggled and can't wear seatbelts, making a crash even more dangerous, Heyman said.

U.S. Customs and Border Protection says its Office of Personal Responsibility is investigating the agent's response.

The driver of the car, a U.S. citizen, is in police custody.