WORLD 3 dead in Spain as Europe wilts under record heatwave

3 dead in Spain as Europe wilts under record heatwave

A polar bear cools off in the zoo in Mulhouse. (Photo: AFP)

Three men have died from heatstroke in Spain as Europe sweltered in a record heatwave Friday, with temperatures hitting a scorching 45 degrees Celsius in some areas and meteorologists saying only scant relief is in sight in the coming days.

Here is a roundup:

A middle-aged man in Barcelona, who media said appeared to be homeless, was found collapsed on a street and taken to hospital where he later died of heatstroke, Catalonia's civil protection agency said in a statement.

Two other men -- a roadworker in his 40s and a 78-year-old pensioner -- also died from heatstroke this week, as Spain is set to experience one of its hottest days this summer on Friday, with temperatures expected to top 44 C in Badajos on the border with Portugal, 42 C in Seville and 40 C in Madrid.

In Portugal temperatures topped a record 45 degrees in Alvega, 150 kilometres (93 miles) north of Lisbon, on Thursday. The heatwave is expected to reach its peak on Saturday, according to the Portuguese Institute for Sea and Atmosphere (IPMA).

While no "substantial" wildfires have been reported so far, the emergency services say they remain on maximum alert and Interior Minister Eduardo Cabrita declared a policy of "zero tolerance" towards risky activity, such as barbecues. 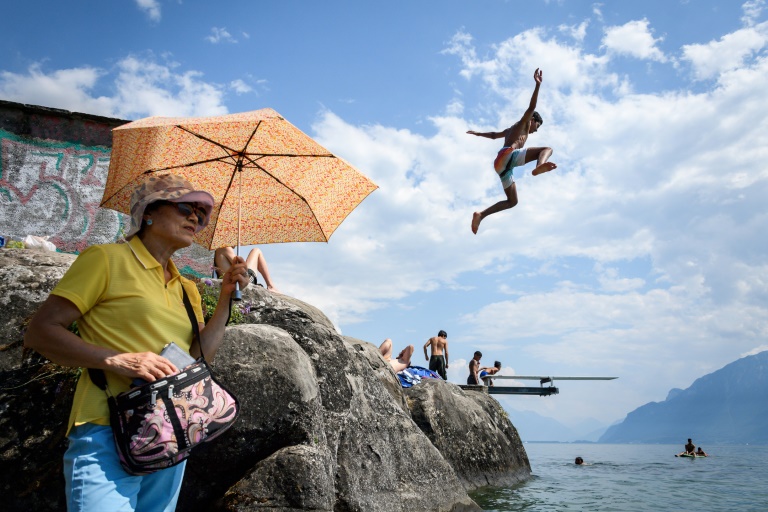 A boy jumps into Lake Geneva Lake in Switzerland, while a tourist protects herself from the sun with an umbrella. (Photo: AFP)

Tourism operators, such as Thomas Cook and Alltours, were quoted by German news agency DPA as saying that last-minute bookings for the Mediterranean are down, as holidaymakers seek out cooler temperatures on the North Sea and Baltic coastlines.

In the Netherlands, where the current heatwave is the longest-ever recorded -- with temperatures reaching 35 C on Friday -- people are beginning to experience water shortages, even if drinking supplies remain unaffected for now.

With almost no rainfall since May, Sweden experienced its hottest July in more than 250 years, with the drought and high temperatures sparking wildfires across the country, even as far north as the Arctic Circle. The fires have largely abated.

Temperatures passed 40 C in France for the first time this summer on Friday as millions hit the roads for August vacations, with sweltering conditions forecast to persist into next week.

Wide swathes of the country have been placed on heatwave alert with the health ministry rolling out a TV and radio campaign alerting people to the dangers of what is expected to be the most intense heatwave since 2006.

French power company EDF announced that it was stopping a reactor at two nuclear power plants in order to avoid raising too high the temperature of the water in the Rhone river. 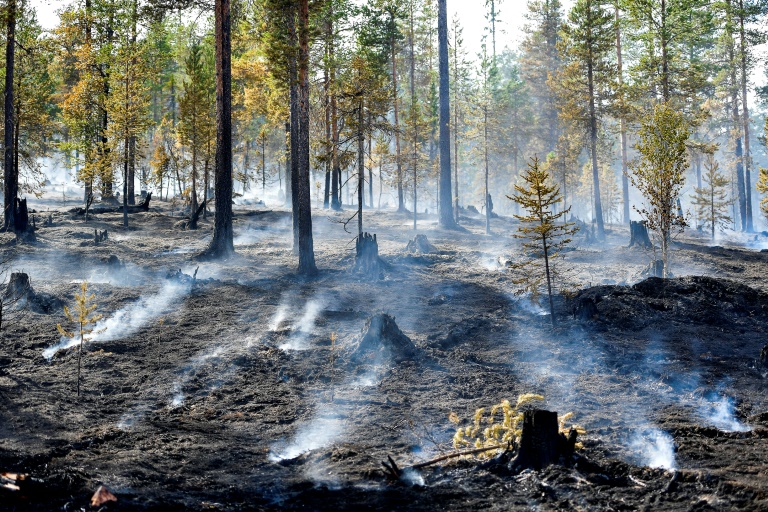 The hottest July in more than 250 years in Sweden saw wildfires as far north as the Arctic Circle. (Photo: AFP)

In Britain, the heatwave has hit retail sales, which were down 1.1 percent in July, according to accountancy firm BDO.

"While the sunshine and buzz around England's World Cup run was a boost for pubs and supermarkets, the scorching conditions did not encourage physical shopping and only hindered footfall in shops," said BDO's Sophie Michael.

The Belgian road safety authority VIAS reported an increase in the number of road accidents as a result of the heatwave.

"The daily average number of accidents is 15 percent higher during a heatwave. And the accidents are more serious," VIAS spokesman, Stef Willems, was quoted by Belgian media as saying. 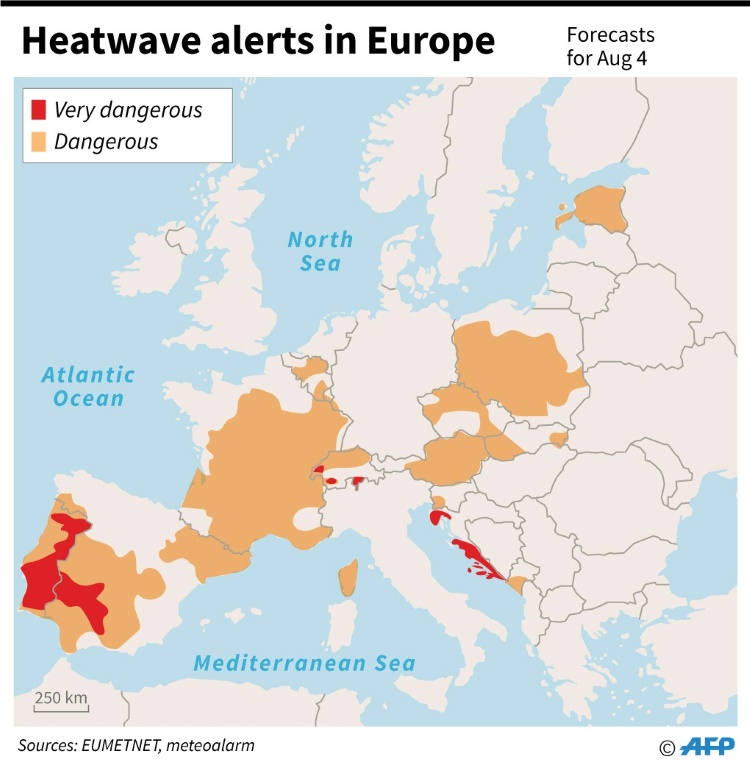 The areas in Europe forecast to experience dangerous or very dangerous heatwaves on Saturday. (Photo: AFP)

As many in Poland look for a cool respite from the scorching weather, the police said nearly 250 people had drowned since the beginning of April, including 75 in July alone. Police blamed alcohol-fuelled swims in unsupervised areas.

In the Italian capital, already well-equipped with free drinking water fountains, the authorities are handing out bottles of water to tourists.

The national farmers' union, Coldiretti, said that milk production was down 15 percent as cows suffered from the heat. At the same time, ice cream consumption was up 30 percent over the past week, the union said.