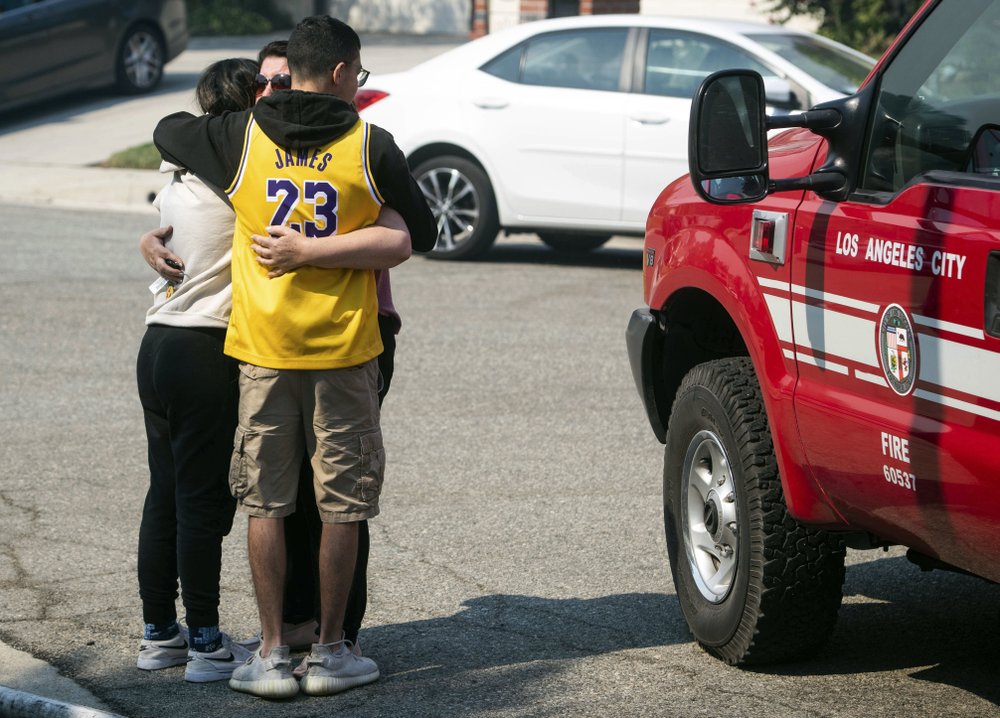 Three people have died at the scene of Southern California wildfires this week, authorities said Saturday, as firefighters aided by diminishing winds beat back a blaze on the edge of Los Angeles that damaged or destroyed more than 30 structures and sent a blanket of smoke across a swath of neighborhoods.

Los Angeles officials said the fire in the city’s San Fernando Valley area hadn’t grown significantly since Friday, and ground crews were tamping down lingering hotspots. Evacuation orders were being gradually lifted in parts of Los Angeles and in Riverside County, where a second blaze was burning. Los Angeles Mayor Eric Garcetti urged residents to be cautious returning home to neighborhoods where fire crews could still be operating.

In Los Angeles, one man who tried to fight the blaze died of a heart attack, and one firefighter reported a minor eye injury.

The fire’s cause is under investigation, and authorities warned that the threat of flare-ups remained.

At the site of the second blaze east of Los Angeles, the Riverside County Sheriff’s Department said a second body was found at a mobile home park where 74 structures were destroyed Thursday in Calimesa. Officials previously reported one death at the community east of Los Angeles.