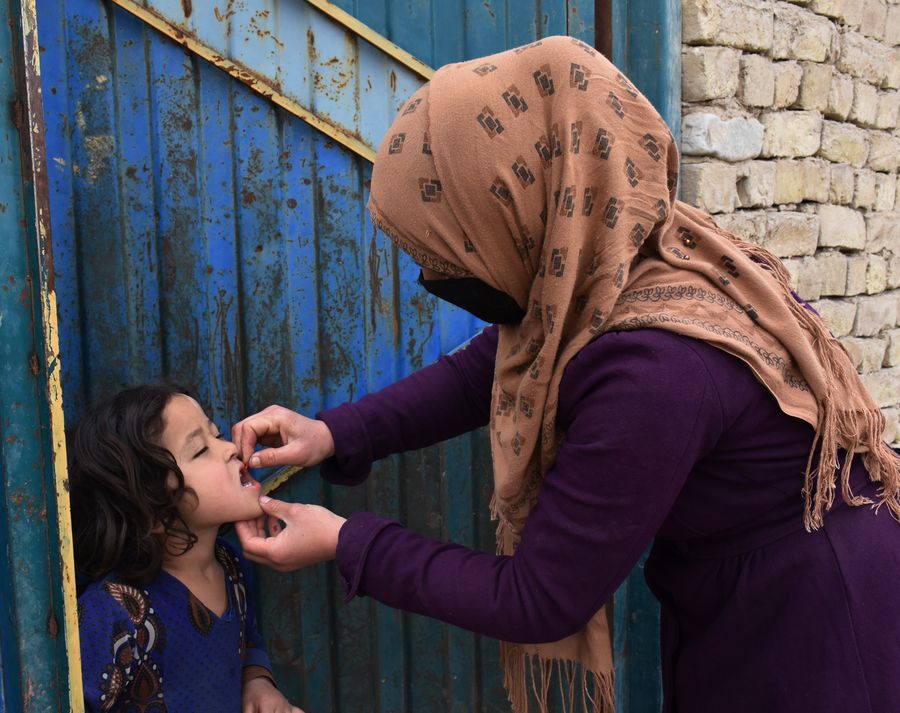 The incidents happened at mid-day and a team of Criminal Investigation Department (CID) of provincial police has launched an investigation into the case, the local government said in a statement.

On Monday, the Afghan Public Health Ministry launched a nationwide campaign to give polio vaccination doses to 9.6 million children under the age of five.

The COVID-19 pandemic and ongoing conflicts have been hindering the efforts to stamp out the infectious disease in the Asian country as millions of children from areas inaccessible to vaccination teams will miss the ongoing vaccine drive.

Afghanistan and neighboring Pakistan are the only two countries in the world where polio cases are reported every year, according to public health officials.

No group has claimed responsibility for Tuesday's shooting attack yet. Taliban and Islamic State (IS) militants are active in the province.

Earlier this month, IS militants claimed responsibility for the killing of three female media workers in Jalalabad.