Authorities say three Girl Scouts and one woman picking up trash on the side of a western Wisconsin road have been killed in a hit-and-run crash. 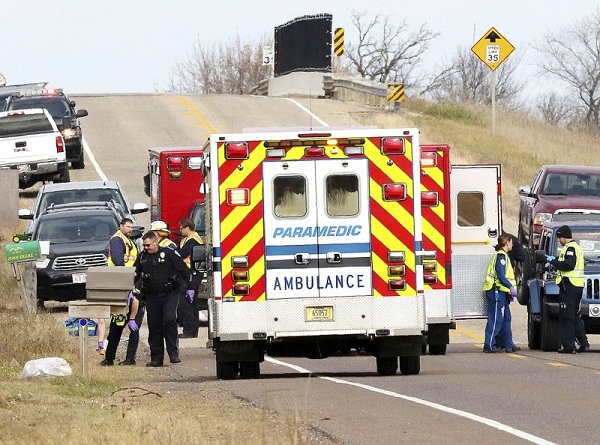 Emergency medical personnel gather at the scene of a hit-and-run accident Saturday, Nov. 3, 2018, in Lake Hallie, Wis., that killed two girls and an adult. (Photo: AP)

The Minneapolis Star-Tribune quoted Sgt. Daniel Sokup of the Lake Hallie Police Department as saying that the driver of the pickup that hit the group fled the scene but later turned himself in.

A fourth girl struck by the pickup was in critical condition Saturday evening.

The crash happened late Saturday morning as the girls were picking up litter in a ditch in Lake Hallie, a village about 95 miles (153 kilometers) east of Minneapolis. A black Ford F-150 pickup truck veered off the road and hit the group.