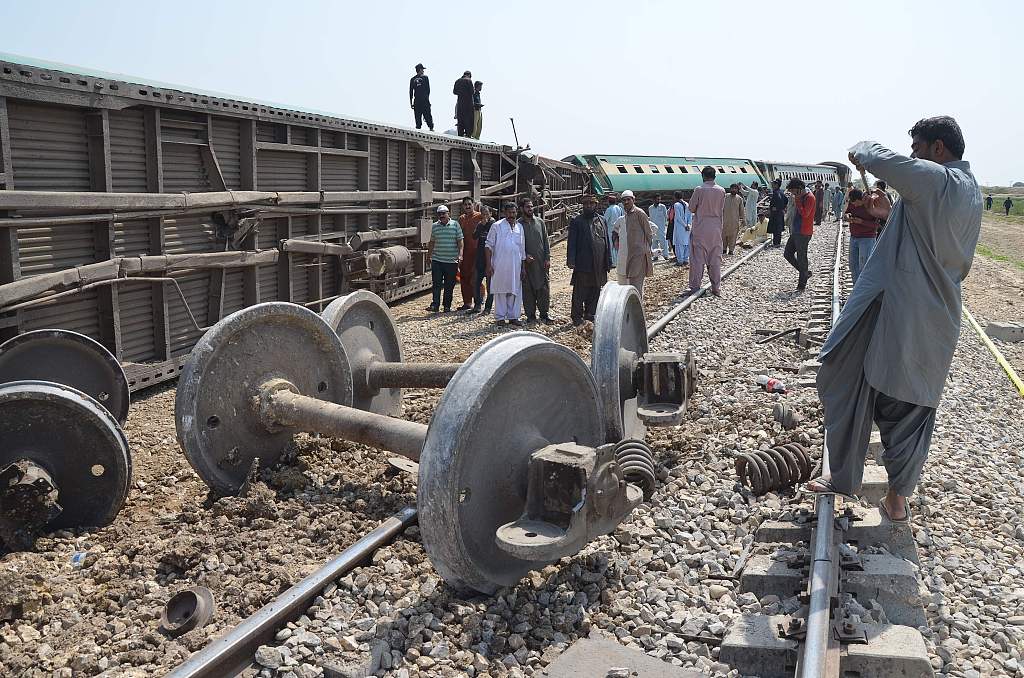 Pakistani passengers and villagers gather after a remote-controlled bomb exploded on a railway line in Nasirabad in the province of Balochistan, some 311 km southeast of Quetta, on March 17, 2019. (Photos: VCG)

Police and security forces rushed to the site and shifted the bodies and injured to the district hospital.

The officer added that the blast damaged a portion of the track and derailed five coaches of the train which was coming from Rawalpindi in eastern Punjab province to Balochistan's provincial capital Quetta.

The railway traffic has been suspended on the track as police launched an investigation and search operation after the attack.

Police said the investigation is in progress to ascertain how much explosives material was used and how it was detonated.

No group claimed the attack yet.

Cover image: A police officer and rescue workers stand near to a derailed passenger train, after a bomb went off on track in Naseerabad, Pakistan March 17, 2019.