WORLD 3 killed, over 10 injured in blast in Somalia's Mogadishu

3 killed, over 10 injured in blast in Somalia's Mogadishu

MOGADISHU, Sept. 2 (Xinhua) -- At least three Somali soldiers were killed and over ten others were injured on Sunday after a car bomb exploded near the headquarters of Howlwadag district in the Somali capital of Mogadishu, officials said. 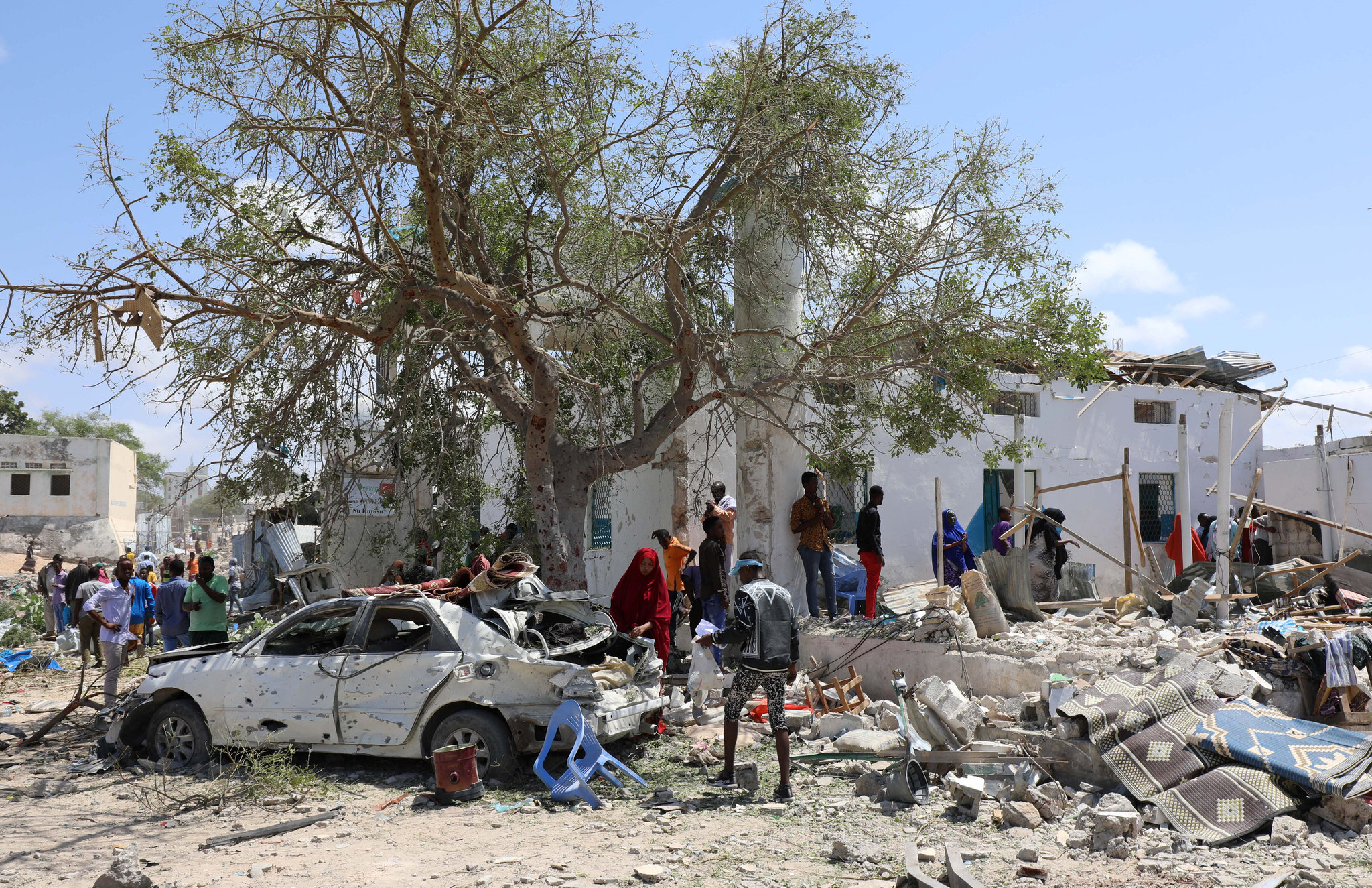 A suicide bomber attacked a district headquarters in Mogadishu, Somalia, on Sunday. Many victims were students at a nearby Islamic school. (Photo: Reuters)

"The blast resulted in the death of three soldiers and injured other civilians," the spokesman said. The deceased tried to block the vehicle from passing through the entrance of the administrative capital located near the main Bakara market.

The blast has also destroyed the building of the district and nearby school where several children were injured. Witnesses said the blast was huge.

"We heard huge blast at Howlwadag district and learnt that children at school were hurt in the blast," an eye witness, Ismail Abdulle, told Xinhua.

The militant group al-Shabab has claimed responsibility for the latest attack but did not say the number of the casualties.

Independent sources told Xinhua tht at least six children were wounded in the incident which is the latest in a series of terror incidences in the Horn of African nation.

Pictures from the scene show massive destruction of buildings.